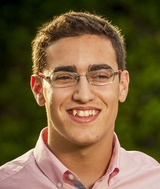 Feras Morad, a 20-year-old man, was shot and killed by Long Beach police officers Wednesday, May 27 in the 4600 block of East 15th Street in Long Beach, according to the Long Beach Police Department.

About 7:30 p.m., Long Beach police received a call of a person who had fallen out of a second-story window and who was acting “intoxicated and displayed violent behavior,” according to a news release from the department.

Police said that Morad started “acting erratically and got into a physical altercation with his friends that lasted approximately 10 minutes,” according to a department statement.

Morad then jumped through a second-story plate-glass window, the release said.

An arriving officer saw a man covered in blood and announced he was there to help him, according to the release, but Morad moved toward him “telling the officer he was going to attack him.”

After using a Taser and “an impact weapon” on Morad without success, the officer shot him, according to the police statement. Morad was taken to a hospital where he was pronounced dead.

Relatives and friends of Morad, who attended Moorpark College, have criticized the police in online postings. They say he was killed while “unarmed and in desperate need of medical attention.”

Kareem Morad, a cousin of the victim, said in an interview with The Times that Feras Morad was a good man who made a bad decision. He said his cousin made the “silly mistake of experimenting with [hallucinogenic] mushrooms and, unfortunately, he had a bad reaction to it. He needed help and he didn’t get the help he needed.”

Kareem Morad said the family is still in shock and believe the police overreacted. He said Feras Morad was not a threatening figure.

He is 160 pounds, 5 feet, 10 inches tall and "he has never been to the gym in his life,” he said. “He wasn’t wearing his glasses, he was in his own world, and he could not understand what was going on when the officer gave him commands.”

Kareem Morad said his cousin did not have a history of drug use or mental health problems.

“Feras was someone who spent his weekends studying,” he said. “His dream was to go to Harvard Law.”

Morad attended El Camino Real Charter High School, where he excelled at speech and debate, qualifying for the national championships his senior year. He continued to debate competitively as a student at Moorpark College, participating in a national community college competition this year.

He planned to transfer to Cal State Long Beach in the fall.

“It is real tough right now,” Kareem Morad said. “His mother is completely broken down and had to be sent to the hospital after this situation, and his father doesn’t want to think about a lawsuit because it won’t help him. He just wants his son back.”

Update June 9, 2015: The Long Beach Police Department identified the officer involved in the shooting as Matthew Hernandez on June 8. Hernandez, a 12-year veteran of the force, has been put on paid administrative leave pending an internal investigation into the shooting, which is standard procedure.

Note: Law enforcement has placed Morad's autopsy on a security hold, which prevents the coroner's office from releasing information about the case. The Times will update this entry once the hold is lifted. The hold was still in effect as of June 9, 2015.

Do you have information to share about the life of Feras Morad ? The Homicide Report needs your help. Please fill out this form or e-mail us at homicidereport@latimes.com.

Ok he fell out a 2nd story and was shot? That's ridiculous. Could he really have attacked with a harmful force? I have problems feeling sorry for gang members and I'm a minority myself but the cop was wrong

To the people saying the cop should shoot in an area where it won't kill: I challenge you to take up shooting, go get training, and run some drills. If you want to simulate adrenaline run until it's difficult to breathe, and shoot a stationary target "in the leg". You'll find it is extremely hard to do, especially with a handgun. Now, cover that target in blood and make it act violent. This is a sad story indeed, but people need to be realistic about what happens. Your leg is a small target, your heart is racing and you lose motor functions. Shooting someone in the leg under a stressful time is next to impossible.

It's about time officers whom are in non-life threatening situations practice taking their shot in non-fatal areas.
A 9mm, 38 or 45 will definitely knock someone down and incapacitate them long enough for backup to help.
Why is it always a kill shot? Pow! One in the chest! Another young life snuffed out

First, as a mother of 3 sons (ages 18 thru 30), this is so heart-breaking to read. My sadness is deep, and painful for the parents of this kid. As I look at his picture provided with the story, and read the details of this case, I realize this could've been one of my own sons in this situation. I implore the Los Angeles Police officers to use careful, and rational discretion when coming upon someone that is behaving irratic. I find it very difficult to understand how a trained law enforcement officer finds someone who is acting irrational, and seems to be hallucinating....WITHOUT a weapon...such a threat that the persons actions justify shooting them dead. My God, why wouldn't the officer shoot this poor kid in a non-lethal area if he felt like he just HAD to shoot him. I'm distraught over this story, and I keep thinking about a young, bright, life wasted, and the despair the parents of this boy must face for the rest of their lives. I can only pray that they find peace.

Hey--don't blame the mushrooms. Lots of people eat magic mushrooms and i've never heard of anybody having a PCP-type freakout before. Something else was going on with this guy.