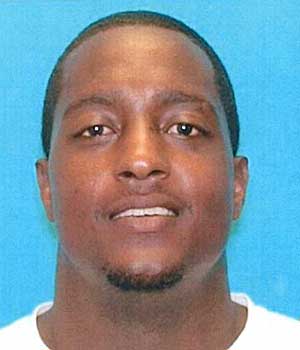 Isaac Gaston Jr. a 31-year-old black man, was shot and killed Sunday, March 9, in the 100 block of South Wilmington Avenue in Compton, according to Los Angeles County coroner’s records.

Gaston was killed and two others were wounded during a fight at a party attended by between 60 and 70 people, said Lt. John Corina of the Los Angeles County Sheriff’s Department.

An argument broke out shortly before 9:30 p.m. because someone tried to break the party down, Corina said.

At least two people began shooting and another person pulled out a knife, Corina said. A 24-year-old black male was shot and is expected to survive, and a 28-year-old black man was stabbed but refused medical treatment.

Gaston was taken to a hospital where he was pronounced dead at 1:05 a.m., said Ed Winter, a coroner’s spokesman.

An autopsy showed that Gaston died of a gunshot wound to the chest.

Share a memory or thought about Isaac Gaston Jr.

I was born in Vermont and lived in 97th Street. I understand that guns, gangs and violence happens but it shouldn't be accepted. Innocent and great people die at the hands of this false culture. What if one gang ruled, then what? What would they do next, get more money, more drugs? It makes no sense. As strong black people we should come together to stop this violence. To say we are intelligent people with families, with hopes and dreams and a future we deserve to have. Like religion, we should come together to state that no denomination or secretion is acceptable. Whatever your affinity there is only one love and as human beings we need to pull together, accept difference with respect and learn to live along side that difference in peace. Guns solve nothing, only serve to create pain beyond comprehension. Please hand in all weapons and treat all others as you'd want others to treat your Mamma. Love to allx

I played football with Issac at Lynwood High school,for some reason or another I was thinking about him. R.I.P. brother

Love u an miss u brother rest well