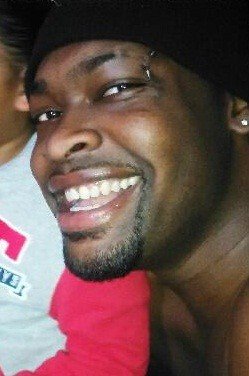 Isaiah Kevin Gray, a 28-year-old black man, was shot and killed Wednesday, Dec. 11, in the 1100 block of West 107th Street in Westmont, according to Los Angeles County coroner’s records.

About 8 p.m., Gray got into an argument with his brother over keys to a rental property, said Sgt. Steve Rubino of the L.A. County Sheriff’s Department.

Rubino said the brother pulled out a gun and shot Gray multiple times. Gray was taken to a hospital, where he was pronounced dead at 8:44 p.m., according to coroner’s records.

Investigators arrested Joshua Kevin Gray on Dec. 12, according to Sheriff’s Department records. He pleaded not guilty to murder charges Dec. 16 and is being held in lieu of $1 million bail, according to the L.A. County district attorney’s office.

Do you have information to share about the life of Isaiah Kevin Gray ? The Homicide Report needs your help. Please fill out this form or e-mail us at homicidereport@latimes.com.

Share a memory or thought about Isaiah Kevin Gray

Did Isaiah ever work at sports authority in la habra

I am the aunt of both of these young men. I at times wonder what I could have done to prevent such a tragedy. I have lost 2 nephews. One to death and one to the penal system. We must remain in prayer for Isaiah's 3 remaining children and Jacky. Most importantly we must pray because only God is without fault.

Jacky:
I am so sorry about your loss. I saw Isaiah at the clinic Downtown Los Angeles while still on crutches in 2011. You remained waiting in the front waiting room with your two small children. We occasionally worked out at the 24 Hour Fitness near Hawthorne Airport. This is tragic news, and my heart goes out to you and your family. I do hope justice will be served although it won't undo the sad events of that night. My condolences to everyone who posted.

Darin, this is a terrible tragedy! We laid Isaiah to rest on New Years Eve... And yes, Kevin does know about this.

Oh my God! I've known these boys since they were little. Does their dad, Kevin know?

I am Jacky, Isaiah's fiance and mother of his sons. Isaiah was the love of my life! My best friend, my heart and soul mate! He is no longer present because he was taken out this world by his oldest brother Joshua! That night Joshua had no mercy on Isaiah he murdered him over a set of keys! I can speak on it because I witnessed the tragedy! I love you angel and forever will! Justice will be done in Jesus name!!

it is a tragedy what happened to Isaiah. He was a loving father an had made plans to get married this Christmas. But instead of Christmas lights an presents his family is preparing for a funeral they cannot afford. I'm reaching out as a close friend asking for anyone support or help with the funeral arrangements. anything you can offer will help every little bit counts please contact me via email Amberniea@Gmail.com