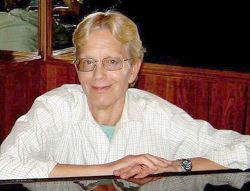 John Osnes, a 55-year-old white man, was beaten and run over by an SUV after a confrontation in Hollywood with David Moses Jassy, a Swedish rapper, early in the morning of Sunday, Nov. 23, 2008, according to authorities.

Osnes, a jazz pianist and avid pedestrian who did not own a car, was crossing the street at Selma Avenue and Schrader Boulevard when Jassy's car moved into the crosswalk, authorities said. Witnesses told police that Osnes struck the front of Jassy's vehicle with his hands.

Jassy, 34, allegedly got out, punched Osnes, kicked him in the head when he stooped to recover his glasses and then ran over him with the vehicle. Bystanders, including an off-duty Anaheim police officer, witnessed the assault and tried unsuccessfully to detain Jassy, according to authorities.

Osnes was pronounced dead at a hospital, and Jassy was arrested later that day after investigators traced the license of his rented vehicle.

Jassy's lawyer argued in court papers that Osnes' actions were more aggressive than police officers reported, and sought to reduce his bail from $1 million to between $100,000 and $250,000.

Judge Monica Bachner denied the request for reduced bail, noting that Jassy's Swedish citizenship made him a flight risk as did his foreign family ties, which include an 11-year-old son in Sweden, a brother in Italy and other relatives in Gambia.

Jassy faces charges of murder, assault, battery and leaving the scene of an accident.

A life lost on  a walk home

that's right judge ...throw the book at this fool, yeah pick on the feeble, poor mr. osnes..mr so call swedish rapper you caught up with the right person that time...if it had been me you stomped and hit..the police would not have to care about you, cause you would be in my hands..you freak' damn i hate evil people...

So violent! Bet this was a case of homosexual rage.