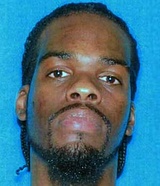 About 11:40 p.m. on Feb. 7, Brown was walking west on Hollywood Boulevard when he was approached by a man who opened fire, said LAPD Lt. John Radtke.

Brown, who was meeting a friend for a birthday party, was taken to a hospital where he was pronounced dead at 1:29 a.m. on Feb. 8, according to coroner’s records.

Within two hours of the shooting, police arrested Michael Carter, a 23-year-old black man. Police said that Carter is a San Fernando Valley gang member. Carter has been charged with one count of murder, police said.

Share a memory or thought about Kapre Maurice Brown

Kassani,
Wow I can not believe that it has been 4 years now. I'm 13 and I was 9 when you past. I miss you and sometimes I feel like your presents and your guidance is there when I need you. Your my guardian angel. I love you so much daddy!. I cannot wait to see you in heaven. I love you always and forever.
Kapre
Love you daddy I am now 12 years old and I was 8 when you died. I just want to let you know, that I still think of you and you will be missed.
From Kassani & Kapre
Kapre Maurice Brown's kids

I love you so much daddy, see you in heaven. I know that you are watching me from above
From your daughter
Kassani Brown
September 18 2018
Age 12
Love you very much dad.

God sent us an angel from the heavens above...A beautiful handsome ,real man..for a short moment that i was soo lucky to meet. He became my hero! 💝
Truely thankful.What a blessing.
God bless your beautiful. strong family, what a wonderful pleasure ,gift he was.Made an impact in our lives.Thank you.. And to the rest of us. Forever in our hearts...with all love (lola) God bless KAPRICE M.BROWN✌😁💗

I just want to say I love you Kapre! You will be missed!

We will all miss you nephew, your smile, your since of humor, your quick wit. life is so short, all your Uncles and rest of the family will raise your babies, until we meet again tell em all I said hello up there.