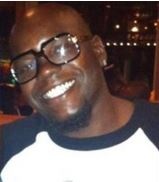 Kevin Quincy Williams, a 32-year-old black man, was shot and killed Friday, April 25 in the 6500 block of South Western Avenue in Harvard Park, according to Los Angeles County coroner’s records.

Williams struggled with the men, one of whom fired a single shot, striking him, LaBarbera said.

The gunmen left on foot. A friend of Williams took him to the hospital, where he was pronounced dead at 5:14 p.m.

Share a memory or thought about Kevin Quincy Williams

My Sister in-law passed away yesterday of a broken heart because you see no one remember to the family Kevin Quincy William she is the mother of Kevin she carried him for 9 months she raised him even when he got in trouble she stood by his side is she still proud no matter what other people might think that young man was going be somebody he was coming into his own space his own place to be a King , what God meant for him to be and the tragedy happen, and she just couldn't take it .Now the both of them are dancing together again up in heaven side by side no more pain and no more sorrow but MY COMMENT is sometimes don't look at what's on the outside of a person but truly look what's in the inside because you never know when you really in the present of an Angel Sent From Heaven so for right now to keep looking. Don't let his life being VAIN I don't let her death also be VAIN because the still have a. Daughter and Sister in pain.