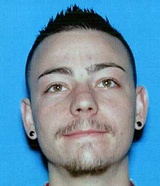 Marc Darrel Spinner, a 27-year-old white man, was shot and killed Saturday, June 28, in the 43800 block of David Street in Lancaster, according to Los Angeles County coroner’s records.

Deputies attempted to get into the house through a door inside the garage but were unable to. After announcing their presence, deputies forced entry through the front door and found Spinner in the hallway to the garage door, which had bullet holes in it, Aguilera said.

Spinner was pronounced dead at 2:08 a.m. at the scene, according to coroner’s records.

According to witnesses, two men were seen running from the home immediately after the shooting. A further description was unavailable.

Do you have information to share about the life of Marc Darrel Spinner ? The Homicide Report needs your help. Please fill out this form or e-mail us at homicidereport@latimes.com.

Share a memory or thought about Marc Darrel Spinner

I just wanted to say thank you to Detective Scott Detective Louie Mr Sherwood. For there hard work thank you so much sincerelyDana I love Marc Spinner so much I miss you so much my heart hurts so bad every day! They say God doesn't give you too much you can't handle then I shlould have Popeye arms. Since we all know I don't have Popeye arms I'm having a really hard hard time with this is two brothers seem to be doing way better! I just can't seem to get it together I love you so much Marc I will never forget about you and there's not a day that doesn't go by that I don't think of you love you always mom

I would like to just say thank you to Louis and Scott Mr Sherwood and whoever else helped behind the three guys that killed my son cold blooded killers and their families are no better I have had to deal with him in the courtroom and they are horrible to deal with calling me a white cracker calling my son Marc a white cracker and he isn't even here to speak for himself he's dead because of their kids I hope they get the death penalty did I say I hope they get the death penalty!!!!! Sincerely Dana

Marc was a very good friend. I was heart broken and shocked to hear about what happened. Marc and I went to high school together he was there for me when my mother passed away and he alwsys had my back if his family needs anything please contact me on Facebook by searching Jake Stuck. If you need ANYTHING at all Please contact me and let me know what I can do to help....

Sorry to hear of the lost of your son D.A.
May he rest in peace, he will be miss, gone but not forgotten.