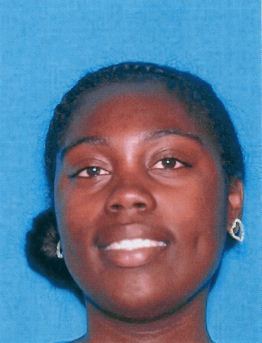 Naquia Danielle Catching, a 22-year-old black woman, was stabbed to death Thursday, Sept. 26, in the 4800 block of East 118th Place in Hawthorne, according to Los Angeles County coroner’s records.

Catching was pronounced dead at the scene at 7:36 p.m., said Ed Winter, a spokesman for the coroner’s office.

Her mother’s estranged boyfriend, who was living in the apartment and whose name deputies are withholding, is a person of interest in the slaying, Hernandez said.

“We’re actively trying to find him to give his side of the story,” Hernandez said.

Hernandez said Catching’s mother told sheriff’s officials that she had received a strange call from the boyfriend earlier in the day.

Share a memory or thought about Naquia Danielle Catching

What ever happened with this case? Hopefully he was found guilty... such a sad case

SAD AND DISGUSTING HOW HUMAN LIFE HOLDS NO MEANING. WHEN WILL WE START TO HOLD these monsters accountable???? Im in tears because this hurt's to see our youth, our future go like this. When will we take a stand? This is enough!!! To the mother: I sympathise with you in reguards to your lost a mother should never have to bury their own child. Rip young lady

I read that the animal has been caught. Now he must be prosecuted to the fullest extent of the law.

Dear naquia. I will forever cherish and love you with all my heart. I know you are in a better place and I shall reunite with you someday.. I'm sad that it had to be you, anybody for that matter. But know that you will always have family that loved you very much.... :-* :-* :-*. See you in heaven my angel!! #justicewillbeserved#

I am so sorry for the family. May God hold you and comfort you during this time. I pray that the animal who did this is caught. It is horrific that you can live in the same house with someone and either not know who they really are or ignore the signs of the evil before you.