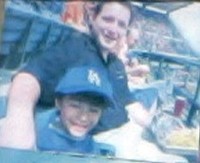 Neal Williams, 27, a white man, was killed along with his two sons, Devon, 7, and Ian, 3, small boys of mixed white/Asian descent, in the 18000 block of Camino Bello in Rowland Heights.

Their bodies were found at about 8 a.m. Wednesday, Aug. 8. Williams died from multiple stab wounds. The boys were reported to have been suffocated. Williams' wife, Man-Ling Williams, 27, the mother of both children, was arrested.

[Updated Jan. 23, 2010: Man-Ling Williams remains incarcerated without bail at Century Regional Detention Facility in Lynwood. She is scheduled to be back in court Monday, Jan. 25.]

Do you have information to share about the life of Neal Williams ? The Homicide Report needs your help. Please fill out this form or e-mail us at homicidereport@latimes.com.