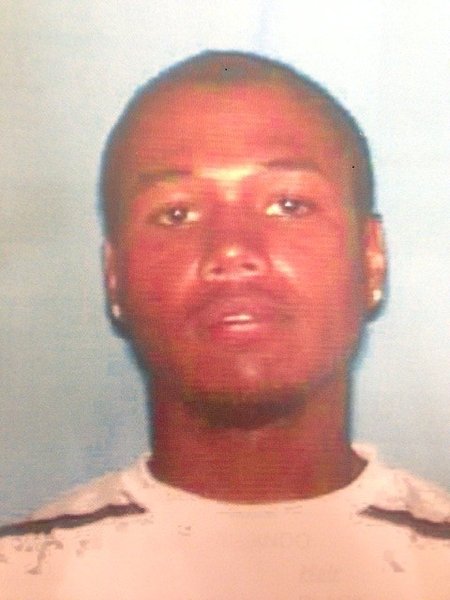 Orlando Iles, a 24-year-old black man, was shot and killed Wednesday, Nov. 6, in the 3700 block of West 36th Street in West Adams, according to L.A. County coroner’s records.

Iles and another person were sitting in a parked car in front of a house at about 1:40 a.m. when a gray or silver SUV pulled alongside and a person inside fired several gunshots, said LAPD Det. Supervisor Sal LaBarbera. Iles and the passenger were struck.

Detectives believe the homicide was not gang related, he said.

Iles was taken to a hospital where he was pronounced dead at 2:32 a.m., said Ed Winter, a spokesman with the coroner’s office.

Do you have information to share about the life of Orlando Clark Iles ? The Homicide Report needs your help. Please fill out this form or e-mail us at homicidereport@latimes.com.

Share a memory or thought about Orlando Clark Iles

Missing you bro!!!!! Always thinking about you. Love you much!!! Rest easy!!!!! Throwing up the "L" for Lando all day!!! LAAANNNNDDDOOOOO

I think about you everyday I just saw you and talked to you the day before this happened. Smh I was blowing your phone up cause I was supposed to see you that day I was wondering why you didn't answer and then I found out what happened and completely broke down. I miss you and I'll never forget you. Rest easy my baby.

Missing You Lando ... Frm time to time i juss sit in my room and cry asking god why? Why you? out of all ppl WHY ORLANDO?... It Hurts Knowing Earlier That Night I Had Juss Seen. And You Were Happy & Smiling Like Always. Doing You Cutting Hair. I Swear Now Every time My Nephew Gets His Hair Cut I Cry Knowing Your Not Here To Do It. I Love You and Truly Miss You... KISSES 2 AN ANGEL

This young man looks just like my nephew. It hurts me to know that this stuff is still going on. These are real people with family and loved ones. What can we do to stop all this violence in our community???

I'm so shocked and sadden to hear this news as I was in search for you after loosing contact with you I will miss you R.I.P Orlando.

was lando from harlem 30s

R.I.P. Orlando this is so
sad :( so young smh may you
R.I.P may god
bless your family

Sooo.. Tired of coming on here seeing Faces I know!! Tired!!! I just Saw Orlando Early Sep. @Ralphs Just Hurt really Hurt May all you that Love him Stay strong an I pray This pain we endure comes to cease May God keep us & Change these Ppl that have NO regards for ourlives .. RIP Orlando

I love you cuzzin wit my all bro niggas aint know our bkond bro i cant even c how ah nigga gone go on wit out you you was my bkro i miss you and a nigga love you more than i can explain i really wish i coulda said bye atleast cuzzo i love you nigga u always in my heart yo Cuzzin love you rest.in.paradise Cuzzo aka Lando im hurtin

I miss you cousin. Hope you are o.k in the heavens.

Rest In Paradise brother i love you sooo much and it kills me everyday to noe that you not here but ima make it to the top for you ... ma not have been ma blood brother but blood couldnt make us no closer because u looked over me and protected me lik a lil sister nd i thank you for tht now yu ma angel watchin me from above ... i lovee nd miss yu Landoo :-( :-*

RIP LANDO
I always and forever will love you. I'm going to miss you've always had a PEICE of my heart and you always no matter what or how far you are. I'm going to miss our everyday talks and seeing each other the funny faces we made together. I'm still waiting for my contract. I remember the last time we talked you told me that you are really proud of my improvement my sobriety and to keep up the great work. I love you and words can't explain how much I miss you. I wish this didn't happen to you. I love you and I know your always by my side making sure I'm doing good.

Please get this scum of our society. Who kills innocent people?