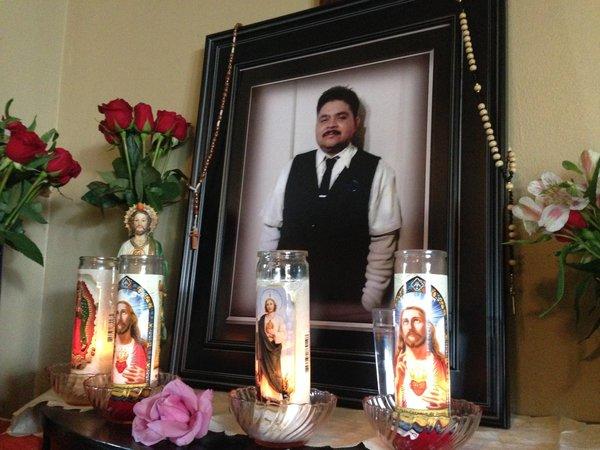 As a child, Melvin Ernesto Cortez-Ortega didn’t have much to play with. His childhood years in El Salvador and Mexico were spent playing with marbles and dirt. The closest thing he got to a toy car was plucking a stick from a tree and pushing it through the dirt, his brother, Oscar Cortez-Ortega said.

As an adult, Melvin built a collection of model cars that would have driven his younger self mad with envy. His favorite was a green, late-1960s Dodge Charger model he converted into a version of the General Lee from “Dukes of Hazzard.” He had it painted orange and glued on the signature number -- 01 -- himself.

The children of the family played with the General Lee and his treasured model car collection during recent visits to Cortez-Ortega’s home where family gathered to mourn the man who was killed in September while working as a valet at El Rodeo Night Club in Pico Rivera.

A man who had been kicked out of the club earlier in the night returned and after being denied re-entry, shot into the crowd outside the club, fatally wounding Cortez-Ortega. Sebastian Zazueta, 21, who is accused of the shooting, is scheduled to be in court for a preliminary hearing Dec. 16.

The cars, collected over years, now serve as a reminder of the person friends and family described as a hard-working, responsible and committed family man.

Family friend Armando Soria said the 37-year-old was quiet, reserved and never had any problems with anyone. He said he never heard Cortez-Ortega complain about the normal bickering that happens in the best of families.

“What happened was a tragedy, and it happened to the person who least deserved it,” Soria said.

Originally from El Salvador, Melvin Cortez-Ortega moved to Mexico City with his mother and siblings when he was 8. He spent most of his young life in Mexico, where he developed a strong relationship with his brother after his mother died soon after arriving in the country. 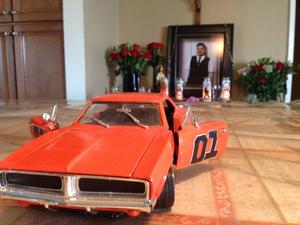 Even when Oscar Cortez-Ortega left Mexico City to immigrate to the United States, he kept tabs on his brother during two years of separation.

“For me, Melvin was my everything,” said Oscar, who is two years older. “He was my son, my father, and of course, my beloved brother.”

Oscar would eventually arrange for Melvin to join him in the United States in 2001. Once in the U.S., Melvin received a work permit under the U.S. Citizenship and Immigration Services’ Temporary Protection Status and began to make a life for himself.

Four years ago, he met his wife, Marielba Orozco, through a friend of his and fell in love. Initially, she said, he was cold and reserved, distrusting almost – perhaps a product of hardships he had endured during his childhood. But as they continued seeing each other, Orozco began to see his gentle and noble side.

Melvin was attentive to her son from a previous relationship. He listened to him and kept an eye on him, gave him advice and attended teacher-parent conferences to talk about his progress.

Marielba, who had initially hesitated to date anyone because she was afraid of getting hurt, said being with Melvin was like being in heaven. After a year of dating, they married and moved in together.

Melvin worked two jobs and was rarely home during weekdays. He worked at a local bakery until 10:30 p.m. and would immediately drive to his next job as a valet at El Rodeo, where his shift would go until 3 a.m. Some days, he slept only three hours.

He wanted to provide everything his new family needed -- down to the most trivial things.

“He did whatever he could to keep us happy. If I wanted something, he’d get it for me. Even something as small as an ice cream cone,” Orozco said.

Despite his rigorous work schedule, Melvin was dedicated to his family. On Sundays, his only day off, he would enjoy his sister-in-law’s menudo and play video games with his brother-in-law for hours.

Melvin’s death has left a gaping hole in the Cortez-Ortega home, but his spirit lives on in the family’s living room, where the family has set up an altar to him.

Beneath a crucifix, Melvin’s smiling face is lighted by candles and flanked by rosaries and flowers.

“I pray to God and to my brother to help us through these difficult times,” Oscar said. “He was and is everything to me, and I miss him, but at the same time I know he’s helping us to move on from wherever he is.”

I was there wit Melvin. He took the bullet the was meant for me I was the security guard that day I was shoot three times is mess up because the gunman was aiming at me .R.i.p my boy Melvin

The angels looked down from heaven one night
They searched for miles afar,
And deep within the distance
They could see a shining star.

They knew that very instant
That the star was theirs to gain,
So they took you up to heaven
Forever to remain.

Look down on us from heaven
Keep us free from hurt and pain,
You'll always be within my heart
Until we meet again.

It is such a sad world... two lives and two families destroyed. I always ask my self how can this happen to good people.