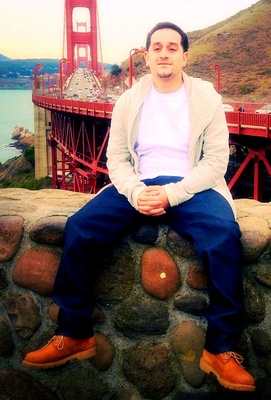 Sarah Mendoza-Jaime has been an advocate for others all her adult life, but in the months after her only son was killed, her one solace has been trying to find answers nobody else is providing.

Pasadena Police Department investigators say witnesses aren’t talking about the person or people who gunned down 27-year-old Robert Calderon the week before Christmas in 2015. So Mendoza-Jaime, a youth coordinator for the city of Pasadena for 34 years,  has had multiple conversations with the friends who were with her son the night he died, trying to coax out clues about his killer.

She’s visited all the homes in the 600 block of North Mentor Avenue, where her son was killed, asking residents if they saw anything on Dec. 18, the night he was shot. And she went to officials, including Los Angeles County Supervisor Michael D. Antonovich, asking for help. On Tuesday, the county Board of Supervisors approved a $20,000 reward for information leading to the arrest and conviction of Calderon’s killer.

“I believe money makes people talk, and the reward will help people come forward,” Mendoza-Jaime said. “People are scared, but I believe, in my heart, there will be justice.”

Investigators have hit a wall in trying to solve the case, said Lt. Terysa Rojas. Calderon wasn’t a gang member, she said, and investigators don't believe it was a gang shooting, but the people who were with him that night have been uncooperative.

"We’re seeing this across the board, not just with gangs," she said. "There's a little street slogan -- 'Snitches get stitches' -- and people just don’t want to talk to us.”

Mendoza-Jaime understands the frustration, but she thinks the city could do more to support the families of homicide victims. “I’ve done all my own legwork, and that’s what really surprised me, that Pasadena doesn’t have more support for parents who go through this," she said. "It’s like you’re on your own.”

Calderon grew up in Altadena, attending Catholic schools all his life. He was a spiritual person, his mother said, and he studied Bible verses with Mendoza-Jaime every day. “We’d put them up on the refrigerator and discuss them,” she said. “If I didn’t understand them, he would break them down for me.”

Her son had many friends, from all walks of life, his mother said, and more than 1,000 people attended his funeral.

“He never brought any trouble to our house, and he never had any enemies,” she said. “He loved his friends, and he catered to them. If they needed a place to sleep, he’d bring them home; if they were hungry, he’d give them food. One friend who was homeless told me, 'Robert would call me every Friday to ask me to come over and take a shower. Since Robert is dead, nobody has called me about taking a shower.'"

After earning an electrician’s certificate at Pasadena City College, Calderon had moved back home with his mother and stepfather while he looked for work as an apprentice electrician. The night he died, he posed for photos in front of their Christmas tree, Mendoza-Jaime said, and then he drove her to a holiday office party. He promised to pick her up when she called.

From there, Calderon went to a gathering at Wilson and Maple streets, she said. Friends told her he got into a car to go to a nearby liquor store with the brother of a close friend, and the driver, a man no one has identified.

Investigators say there’s no evidence from surveillance cameras that Calderon made it to the liquor store. He was shot multiple times just three blocks from the party. The police received several calls about shots being fired in the residential neighborhood around 10:45 p.m., but no one reported seeing the shooting, Rojas said.

Calderon’s body was found on a grassy strip between the sidewalk and the street. A short trail of blood led from the center of the street to where he was found. Investigators don’t know if he was shot in a car and pushed out, or shot while walking across the street.

The day after her son died, people gathered to mourn him outside an apartment complex where some of his friends lived. Shots were fired into the group, and it appears gunfire was returned, according to investigators. A young woman was injured by bullets, but again, no one has been willing to tell investigators what happened, Rojas said.

Mendoza-Jaime wasn’t at the gathering, but it's made her more determined to see her son’s killer caught, before anyone else is hurt.

“If something happens on the street, we’ll never know what happened, and another mother will suffer,” she said. “I know [the killer's] mother didn’t raise her child to go out and kill somebody. I don’t want another mother to go through what I did that day.”

Photo: Robert Calderon poses in front of the Golden Gate Bridge during a family trip to San Francisco two weeks before he was killed. Credit: Calderon family