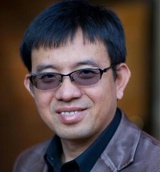 By Amina Khan and James Queally

Siaufung “Bosco” Tjan, a 50-year-old Chinese man, was fatally stabbed Friday, Dec. 2, inside a building at the University of Southern California in the 3600 block of McClintock Avenue, according to Los Angeles County coroner’s records.

Tjan was stabbed in the chest, and a 28-year-old student was taken into custody, police said.

“We want to make clear this was not a random act,” Aguilar said. “This victim was targeted by the suspect.”

Tjan was an expert in adaptations that people make to overcome central vision loss.

“As the Trojan family mourns professor Tjan’s untimely passing, we will keep his family in our thoughts,” USC President C.L. Max Nikias said in a prepared statement. He said counseling would be available for students.

Tjan was a co-founder of the college’s neuroimaging center, where he served as technical director, but he also led a number of research projects and taught a lab course on functional imaging to graduate students, according to Irving Biederman, director of USC’s Image Understanding Laboratory.

Tjan started as an assistant professor at USC in 2001 and became an associate professor in 2008, according to his LinkedIn profile. In 2014, he was made a professor.

Tjan held a doctorate in computer science from the University of Minnesota.

The professor was known for being an affable, caring presence on campus, said Mara Mather, a professor of gerontology and psychology at the school.

He always found time to aid students and professors despite a breathless schedule. In many ways, Mather said, Tjan was the center’s heartbeat.

“One of my students, who is now a faculty member, was describing how he would take the time to really explain things to her,” Mather said. “He was someone who made it all work and really helped out so many people.”

Tjan worked tirelessly, also serving on various committees at the school and often choosing to repair the complex machinery in the imaging center himself, Biederman said.

“It was impossible not to love him once you knew him,” Biederman said. “He was brilliant and incredibly knowledgeable and incredibly generous with his time and support.”

Tjan was born in Beijing and raised in Hong Kong; he immigrated to the U.S. with his family as a teenager, according to Zhong-Lin Lu, a longtime friend and former USC colleague who now serves as director of the Center for Cognitive and Brain Sciences at the Ohio State University.

He earned his doctorate in computer and information sciences at the University of Minnesota, where he also met his wife, Lu said.

Tjan was so selfless that Lu would often tease his friend about spending more time aiding others than conducting his own research.

“Most people these days are focused on their own promotion, their own research,” Lu said. “Bosco was very different.”

Tjan is survived by his wife and young son.

The man suspected of killing Tjan is David Jonathan Brown, a PhD student in the lab that Tjan ran.

Brown enrolled at USC in 2013, and was one of nearly 60 graduate students in Tjan’s course, according to a campus spokesman and Tjan’s faculty Web page.

Biederman, who knew of Brown through the graduate program, described the student as a soft-spoken introvert who had never shown an aggressive streak.

“If I thought of male students who would be capable of that, he would not be on the list,” Biederman said.

Brown was charged Dec. 6 with one count of murder with the allegation that he used a knife, according to the Los Angeles County district attorney’s office.

Do you have information to share about the life of Siaufung "Bosco" Tjan ? The Homicide Report needs your help. Please fill out this form or e-mail us at homicidereport@latimes.com.

Share a memory or thought about Siaufung "Bosco" Tjan