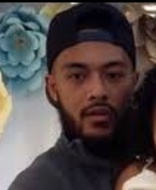 Siosifa Maama, a 21-year-old Tongan man, was shot and killed Wednesday, July 19, in the 11400 block of South Broadway in the Broadway-Manchester area of South Los Angeles, according to Los Angeles County coroner’s records.

Shortly before 10 p.m., between four and six people drove to a marijuana dispensary and tried to rob the store, Los Angeles Police Det. Nate Kouri said.

The would-be robbers struggled with Maama, a security guard, who was shot.

Two other people inside the business also were shot, Kouri said. A third person was wounded and ran away.

Maama was pronounced dead at the scene at 10:10 p.m., according to coroner’s records. The other shooting victims are expected to survive their injuries, authorities said.

Some of the suspects, described only as black men and possibly about 30 years old, fled on foot, while others drove away in a light-colored sedan, Kouri said.

5:15 a.m. Aug. 5: An earlier version of this article referred to Maama as Samoan. He is Tongan.

Do you have information to share about the life of Siosifa Toetuu Mooni Maama ? The Homicide Report needs your help. Please fill out this form or e-mail us at homicidereport@latimes.com.

I trust that LAPD will find the killers of this hardworking man.

Thank you for the article. I'm sure you've been told this already but just in case you haven't Sifa is of Tongan decent.