'It was like the electricity stopped,' gunshot survivor says 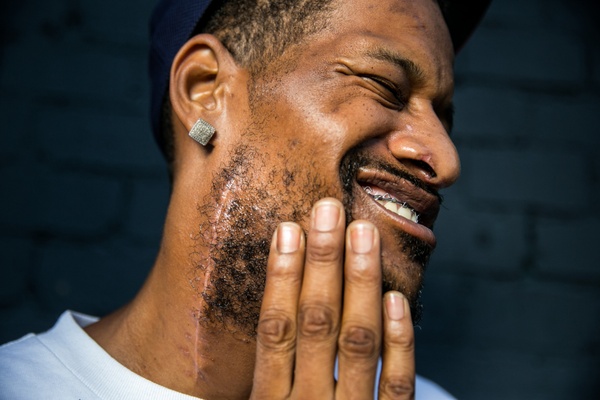 When Thomas Wilson was shot, he felt no pain.

“It was like the electricity stopped,” the 34-year-old said. “It was scary. I wasn’t ready to leave.”

He couldn't move. Lying on the sidewalk next to his friend Delshon Eugene Hayes, who had also been shot, Wilson had a moment of clarity. He called out to bystanders that his girlfriend’s 4-year-old twin boys were in his car nearby.

Someone shouted that he was still alive. Then darkness.

On Aug. 14, six days after he was shot outside a Manchester Square car wash, Wilson opened his eyes.

That was the day doctors told Wilson that a bullet had torn through the back of his neck and his carotid artery and out his lower jaw. A series of metal wires held his teeth together. The arteries on the right side of his face were too bruised to allow blood to flow.

“He was standing right next to me right before we got shot. I almost expected him to be next to me when I woke up,” Wilson said. “It just shows how easily I could have died. I’m really blessed to be alive.”

Now home, Wilson has a burning worry. He didn’t see the gunman’s face, and police haven’t made any arrests.

Wilson had served nine years for manslaughter and believed he had paid for past mistakes. Old paranoia from the gang life he left has come back.

“Everybody knows who I am, but I have no way to know who did this,” Wilson said. “We could be in the same room, and I wouldn’t even know.”

After he woke up, Wilson remembered the shooting in fragments.

But someone there that day snapped a photo of the scene and shared it on social media. The image of his motionless body, next to the bright red trail of Hayes’ blood, is jarring.

“I can’t escape that memory anymore,” said Wilson, who has dreams of seeing his lifeless body from above. “It was all a blur at first, but now I can see myself dying.” 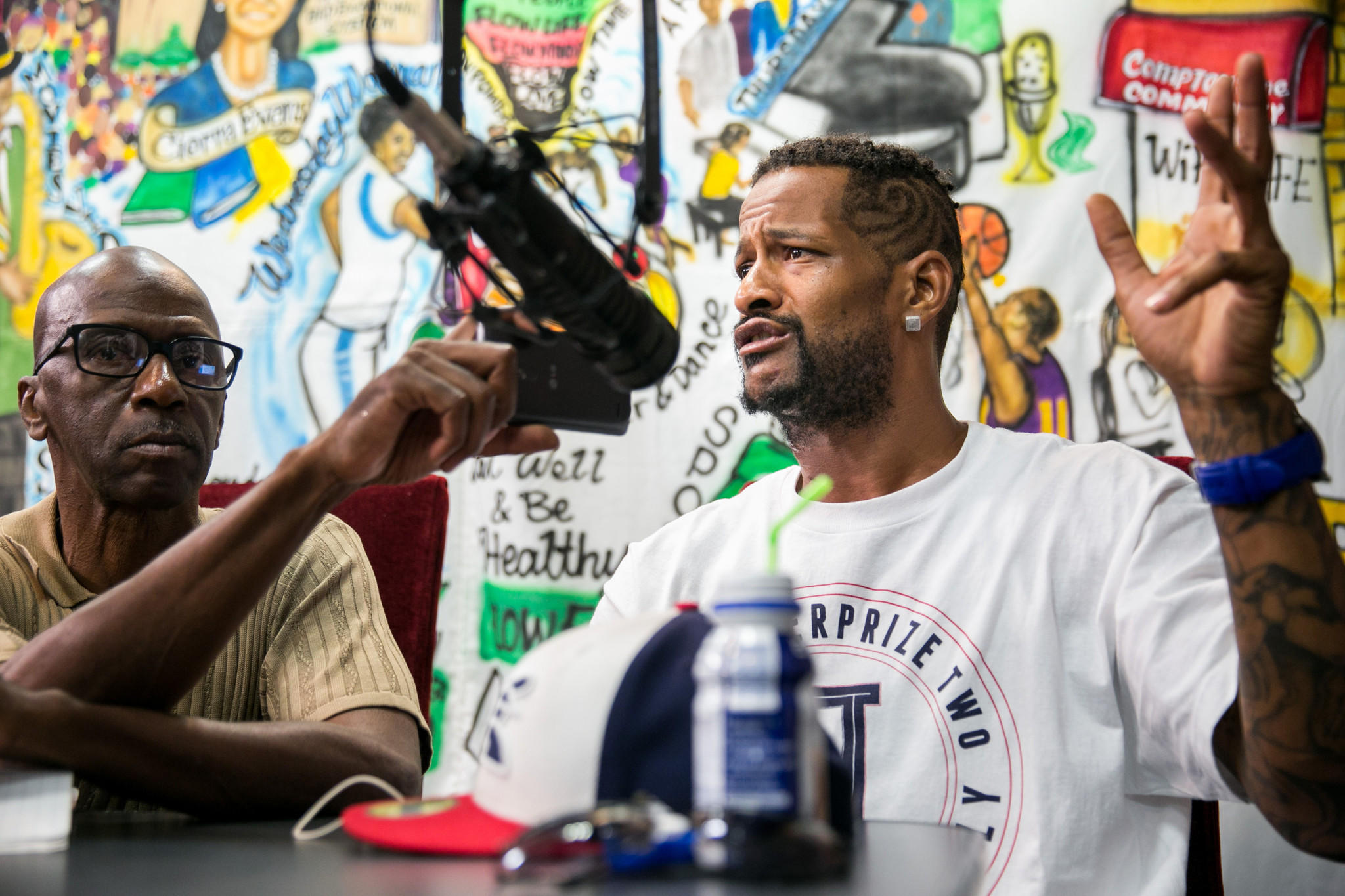 His girlfriend, Mercedes Henderson, 28, said that she talks with Wilson after his nightmares wake him. They talk about mundane topics or the future until he goes back to sleep.

“It would be just a normal conversation, but it feels so much more important,” Henderson said. “Like he has more time to live stuff out.”

With his jaw wired shut for several more weeks, his diet consists of blended chicken noodle soup and Ensure. Cleaning up around the house wears him out. Minor setbacks can fuel outbursts of frustration.

But Henderson said the experience has also made him more cautious.

“This experience has humbled him,” she said. “He sits down to think everything through. Sometimes it slows us down when we want to do stuff, but I have to be patient with him. I almost lost him.”

Wilson said he has tried not to go outside since the shooting and is avoiding familiar places.

“I used to feel comfortable anywhere I went in L.A.,” Wilson said. “Now I drive all the way to Beverly Hills for gas. I go to Culver City for groceries. I have to go out of my way to feel safe.”

Wilson said he has had trouble affording his medical bills. He had some money saved from a record-label business, but Medi-Cal hasn’t covered as many costs as he expected.

He knows he probably won't qualify for a program that assists crime victims because he is still on parole.

In 2004, Wilson was charged with murder and other crimes, court records show. Before the case went to trial, Wilson pleaded no contest to the lesser charge of manslaughter. He says he fatally shot a man, Luis Roaches, who he said was trying to rob him in Hollywood. Wilson admitted that he had no legal right to carry the gun he used.

“When you're a gang member in society,” he said, referring to previous convictions, “even if you leave it behind, you can't escape it."

Not long after his release from prison in December 2013, Wilson began working with the nonprofit group Peace in the Streetz, In that role, he discourages young people from joining gangs.

He has also been a father to Henderson's boys.

The first time he saw the children after the shooting, they told him that they thought he had simply fallen over that day at the car wash. He looked into their eyes and agreed.

“Growing up, there are so many kids who brag that their daddy got shot,” Wilson said. “I don’t want them to be like that. I want to take them far away from that lifestyle.”

Their not done with you, you just got lucky your best Option is to run never look back ppl like that won't quit they're just waiting for their next opportunity, looking over your shoulder must suck? It's called Karma

As they say chalk it up to the game. If you are living the life of a gangster than you cant be surprised when gangster sh*t happens to you. The thing is most who commit crimes against individuals rarely remember their faces. But you can best believe they will not forget you who victimized them. Even 10 or 20 years later.