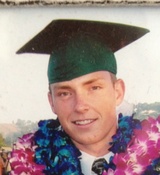 Tyce William Riddle, 19, a white man, pictured left, and Jaime Aguallo Sr., 50, a Latino man, listed below, were fatally shot in a dispute in the 25900 block of Narbonne Avenue in Lomita early Tuesday, July 1.

Do you have information to share about the life of Tyce William Riddle ? The Homicide Report needs your help. Please fill out this form or e-mail us at homicidereport@latimes.com.

Share a memory or thought about Tyce William Riddle

Tyce was my half brother. He will be forever loved and missed.

No, it isn't a good area. Rest in peace Tyce. I will be forever sad that I never got to meet my half brother.

Very Sad. Good looking kid. Did they ever find the culprits and why was he murdered. Not being from the state, I just wonder if that is a good area.