A foster mother convicted of second-degree murder in the beating death of a 2-year-old girl was sentenced Friday to 25-years-to-life in state prison.

Kiana Barker, 34, who had been trying to adopt Viola Vanclief in 2010, severely beat the toddler and later called 911 to report that the girl had stopped breathing, prosecutors say.

In October, a jury found Barker guilty of second-degree murder, assault on a child causing death and child abuse. 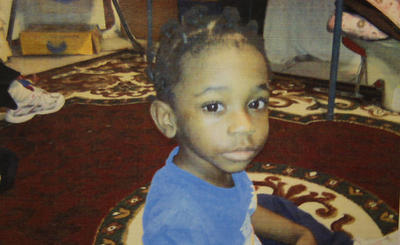 The case was the latest in a years-long series of problems for United Care, a nonprofit foster agency that contracted with Los Angeles County at the time of Viola’s death, and had placed the girl with Barker.

After the child's death, the county terminated its contract with United Care.

Witnesses said that Baker burst into Viola's room after hours of heavy drinking and beat her. When Barker was pulled away, the little girl was on the floor, struggling to breathe, the witness said.

Ultimately, it was determined that the child — who was placed in child care because her biological mother was a crack addict and prostitute — had died from massive bleeding in her chest cavity, prosecutors said.

I believe that whenever people hurt a harmless child, their punishment should be to die in that same manner. This kind of story happens all too often and is sad and disgusting.

@Meck , in all fairness the child did not die in the custody of her mom whom uses crack. No she died at the hand of the caregiver who was supposed to provide a stable, loving and caring environment. Instead the child was put with a drunk, an abusive and murderous drunk with mental problems that beat her to death. I am saddened to live in a country that allows this type of behavior to happen to children over and over again.

Money or sexual abusing kids is the obvious reason some of these people take these kids. Someone who loves children and wants to help them through their own tragic loss of biological family would never dream of hurting an innocent child by abusing let alone killing them in their drunkeness. The foster care system has always needed reform. Privitizing the foster care system is nothing but passing the buck and not taking full control and responsibilty for the future of these poor children who could thrive if they really cared. In my opinion you're all sick and we taxpayers should demand accountability for your contribution to their injury or death.

My heart goes out to everyone who has a connection to this baby, and those that don't. I am a mother myself and my daughter is much older, than that baby. If she had not been drinking she never would have did that. Now the baby is dead and she has life in prison. But Almighty God has made us a promise in the Bible at (Psalms 37:10) "the wicked will be done away with." And at (Revelation 21:4)"there will be no more dying." What a wonderful hope for the future. If you would like to know more about this, and you have a computer go to www.jw.org

— Lydia Johnson
"Even in the parents worse condition, there is no evidence that she would abuse the child."

What a crock! What world are you living in? You obviously haven't been reading the HR very long. It happens all the time where the biological parent, even sober and in all senses, kills their child. What makes you think someone on crack wouldn't?

When God calls little children to dwell with Him above,
We mortals sometime question the wisdom of His love.
For no heartache compares with the death of one small child
Who does so much to make our world, seem wonderful and mild
Perhaps God tires of calling the aged to his fold,
So He picks a rosebud, before it can grow old.

God knows how much we need them, and so He takes but few
To make the land of Heaven more beautiful to view.
Believing this is difficult still somehow we must try,
The saddest word mankind knows will always be "Goodbye."
So when a little child departs, we who are left behind
Must realize God loves children, Angels are hard to find.

This is such a tragic story. I realize the child was taken from her biological mother due to drugs and prostitution but I do believe in light of the numerous stories similar to this,
that we must help the parents. More than likely, the parent is still out there in a dire situation and now her child is dead, which may in fact contribute the parents plight. Even in the parents worse condition, there is no evidence that she would abuse the child. Therefore, we must create programs to help the parent be a parent and reunite the child with the parent, otherwise we wiil continue to see these news stories. Tragic.