Man guilty of killing father of six near Harvard Park 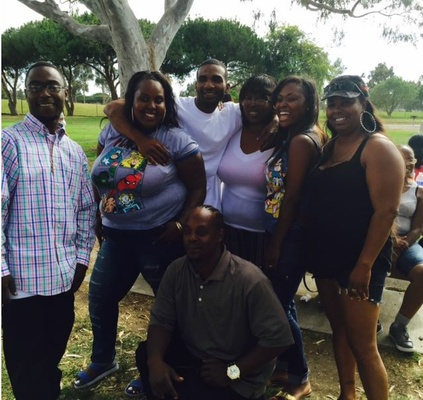 DeWayne Parham Jr. didn't know that keeping the peace could get him killed.

After a barbecue in South L.A. last year, Parham, a father of six, was shot outside his car after trying to break up an argument.

On July 14, a jury convicted Curtis Ray Weaver, 61, of first-degree murder and one count of being a felon in possession of a firearm. Jurors also found true an allegation that Weaver discharged a firearm causing death.  The jury deliberated for about 30 minutes before reaching a verdict.

“He thought he was going to get away with it,” Murphy said.

On July 31, 2016, Parham and a group of others had been hanging out for hours eating and drinking in the 6200 block of Harvard Boulevard near Harvard Park when Weaver got into an argument with another man, according to police and prosecutors.

Parham, who had been manning the grill, tried to intervene, and ended up driving the other man home. When Parham returned to the area about 5:30 p.m., Weaver walked up and flashed his gun.

Weaver then shot Parham once in the stomach. After Parham fell to the ground, Weaver shot him again in the back, according to court testimony.

Weaver then got into his Dodge Nitro and drove away, blowing past stop signs, according to evidence presented in court.

Detectives tracked Weaver to Wilmer, Ala., and took him into custody Aug. 25. In court, prosecutors played recordings of jail calls where Weaver was trying to determine who in the neighborhood had spoken up about the shooting and asking people to discourage witnesses from going to court.

Patrick Thomason, an alternate public defender, highlighted inconsistencies in witness testimony and questioned whether the witnesses may have had an agenda against Weaver.

Thomason also said in closing statements that it is “human nature” to want to know who is accusing someone of murder.

Sentencing is scheduled for Aug. 11; Weaver faces 50 years to life in prison.

As the verdict was read Friday morning, Parham’s father, DeWayne Parham Sr., began to cry. Outside the courtroom, he was embraced by family members. “God is good,” he said. “God is good.”

DeWayne Parham Jr. was the father of six children and worked with a filming company in addition to doing gang intervention work in the area.

The victim's sister said outside the courtroom that the verdict has brought her family closure. Lisa Parham said that in the neighborhood where she grew up, she has watched others suffer from violent loss without justice.

“This time I can really say justice has been served,” she said.

Jesus is God, Firebug, ask me after I graduated from college to work on changing the perception of Harvard Park, because he loved the community and he was committed to social environment changes in the community. He was a good man and he cared for the way our community is viewed. The PEACE KEEP IS IN HEAVEN WITH GOD, God bless Wanda his mom. She does alot for the community SHE DIDN'T DESERVE THIS, without her work our park is just another park

He was a good person. He is truly missed
Toni