Alberto Tapia, a 48-year-old Latino male, died Wednesday, May 20, after being shot near 16118 Bellflower Blvd. in Bellflower, according to Los Angeles County Medical Examiner-Coroner's records. 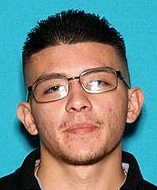 Jesus Eduardo Angulo, a 20-year-old Latino, was shot and killed on Saturday, Feb. 3, in the 17000 block of Virginia Avenue in Bellflower, according to Los Angeles County coroner’s records.

Angulo and a friend were in the back of a large parking lot behind a bar at Virginia Avenue and Artesia Boulevard around 2:30 a.m. when someone shot them multiple times, Los Angeles County Sheriff’s Lt. Derrick Alfred said.

Someone inside the closed bar heard gunfire and found the two men outside, Alfred said.

Angulo was pronounced dead at the scene at 2:41 a.m., according to coroner’s records. He had been shot in the chest.

The second man was taken to the hospital and is expected to survive, Alfred said.

Investigators don’t have a motive or a suspect in the shooting, Alfred said. No weapon was found at the scene.

The men were shot near a row of apartments, authorities …

Millard Frazier Jr., a 22-year-old black man, was shot and killed Thursday, Feb. 1, in the 17200 block of Balfern Avenue in Bellflower, according to Los Angeles County coroner’s records.

Frazier was at a backyard barbecue about 6:30 p.m. when he got into an argument with another attendee, said Los Angeles County Sheriff’s Lt. Joe Mendoza.

The argument escalated to a physical fight, Mendoza said, and then the other man took out a gun and shot Frazier in the torso.

Many people fled after the shooting, Mendoza said, but investigators were able to get information identifying the suspect.

Dion Antwon Trotter, a 23-year-old black man from Compton, was arrested later that evening on suspicion of murder. Trotter was charged Feb. 9 with murder; he was scheduled to be arraigned March 9, but the arraignment was continued to March 23 at the Los Angeles County Superior Court’s Norwalk Courthouse.

Anthony M. Elston, a 24-year-old black man, died Sunday, Jan. 28, after being stabbed in the 9900 block of Ramona Street in Bellflower, according to Los Angeles County coroner’s records.

Elston was attacked around 8:10 the previous night during a fight outside an apartment complex where he had been visiting, said Los Angeles County Sheriff’s Lt. Rodney Moore.

The fight involved multiple people, including friends and relatives, many of whom live in the apartment complex, Moore said. Investigators are still trying to learn what prompted the confrontation and who was involved.

Elston was taken to a hospital, where he was pronounced dead the following day at 6:05 a.m., according to coroner’s records.

An acquaintance of Elston’s family, Jeffery Ardonal Johnson, 61, was arrested on suspicion of assault the evening of the fight and was charged with murder Jan. 30. Johnson’s arraignment was continued to Feb. 6.

Anyone with information is asked to call the sheriff’s Homicide …