Armen Sahakyan, a 41-year-old white male, died Tuesday, July 21, after being shot near the 900 block of Cambridge Drive in Burbank, according to Los Angeles County Medical Examiner-Coroner's records.

Edward Silvar Lopez, a 34-year-old Latino male, died Tuesday, July 21, after being shot near the 900 block of Cambridge Drive in Burbank, according to Los Angeles County Medical Examiner-Coroner's records.

James Richard Kagaoan Rey, a 36-year-old Filipino man, died Tuesday, June 19, after he was stabbed inside a restaurant at 545 North Victory Blvd. in Burbank, according to Los Angeles County coroner's records.

"Some witnesses said he [Rey] was yelling things, but nobody could understand what he was saying," Green said. "He immediately approached the victim and began stabbing him with a fixed-blade knife. It appears to be a completely random act."

That's when a bystander, identified only as an African American man, "basically engaged in a fight with the suspect, trying to disarm him of his knife," Green said. 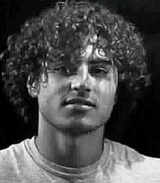 Marco Cardoza, a 41-year-old Latino, was shot and killed by South Pasadena police on Thursday, June 29, in the 1400 block of Broadway in Burbank, according to Los Angeles County coroner’s records.

About 8:30 a.m., two South Pasadena police officers went to a home in Burbank to serve a warrant to a woman, said Lt. Claudio Losacco, a spokesman for the Burbank Police Department. While there, officers encountered Cardoza at the residence.

Sometime during the interaction, Cardoza pointed what appeared to be a handgun at officers, and police opened fire, Losacco said. Cardoza was pronounced dead at the scene at 8:42 a.m., according to coroner’s records. Investigators later determined the gun Cardoza had was a replica. 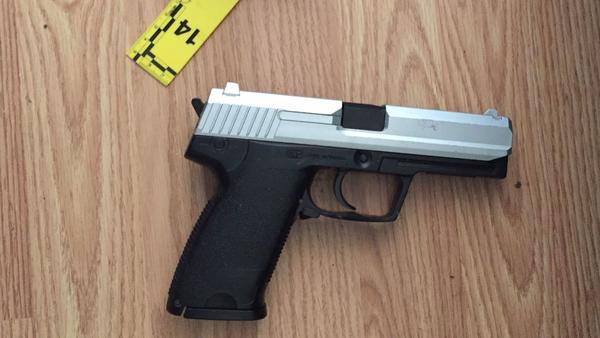 According to Losacco, the detectives were in the area conducting an identity-theft investigation.

“The investigators knew they may encounter the now-deceased man at the home,” he said.

A woman at the scene was detained and interviewed by police, Losacco said. …

Brandi Carrasco, a 35-year-old Latina, was stabbed to death Sunday, Aug. 23, in the 1900 block of Richard Street in Burbank, according to authorities.

Carrasco was found dead in the bedroom of a home where she had been staying with her boyfriend and other acquaintances, Burbank police investigators told The Times.

She was pronounced dead at the scene at 10:11 p.m., according to Los Angeles County coroner’s records.

Carrasco’s boyfriend, Timothy Aguilar Andrade, a 28-year-old Latino from Hesperia, was arrested on suspicion of murder on Tuesday. The Los Angeles County district attorney’s office charged him with one count of murder while using a knife on Thursday.

Andrade is accused of stabbing Carrasco in the neck while they were in a bedroom of the house, according to a news release from the district attorney’s office. He is in Los Angeles County Jail in lieu of more than $1 million bail. 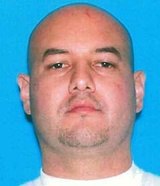 Sergio Alexander Navas, a 36-year-old Latino, died March 5 after being shot by police in Burbank, according to Los Angeles County coroner's records.

Navas, of North Hollywood, led police on a chase and, while behind the wheel of a stolen car, was shot by an officer with the Los Angeles Police Department before 2 a.m., police said.

Two LAPD officers were on patrol in a marked SUV and noticed the driver of a gold Mercury Sable with temporary paper license plates driving erratically on Magnolia Boulevard near Riverton Avenue in North Hollywood, police said. Police didn’t learn the car was stolen until later.

The officers attempted to make a traffic stop, but Navas sped away, police said, soon crossing the city boundary into Burbank. After a chase of about six minutes, Navas turned onto National Avenue, a short residential street that ends in a cul-de-sac.

When Navas' car was alongside …

Huezo Diaz's body was found wrapped in a blanket in an alley behind her Burbank apartment. An autopsy showed that Huezo Diaz died from a lack of oxygen because of neck and chest compression, said Ed Winter, a spokesman with the coroner’s office.

Her 40-year-old son, Moises Diaz, was arrested Jan. 20 in connection with the killing.

Moises Diaz, who shared the Burbank apartment with his mother, was charged with one count of murder on Jan. 22, according to a Los Angeles County district attorney's news release.

On Jan. 23 he pleaded not guilty. Diaz is being held on $1-million bail and expected back in court on April 29.