Monica Ann Dominguez, a 52-year-old Latina, was fatally shot on Wednesday, Feb. 13, in the 200 block of East Center Street in Covina, according to Los Angeles County Medical Examiner-Coroner's records.

Dominguez and her husband, Michael Rivera, 62, were arguing inside their bedroom with the door locked when their grandchildren heard gunshots around 4:45 p.m., said Covina Police Sgt. David Rodriguez.

"The oldest juvenile, a teenager, said he heard the arguing, then the gunshots," Rodriguez said. "Then they smelled smoke and didn't hear anymore arguing, so they went to a neighbor's house to call the police."

When officers arrived, they found Dominguez and her husband in the bedroom, dead from gunshot wounds, Rodriguez said.

Dominguez was pronounced dead at the scene at 5:11 p.m., according to coroner's records. The cause of death was listed as a gunshot wound to the head.

Rivera was also pronounced dead at the scene at …

Alvis Puentes, a 2-year-old Asian male, died Friday, Jan. 11, after being stabbed near the 100 block of East Italia Street in Covina, according to Los Angeles County Medical Examiner-Coroner's records. 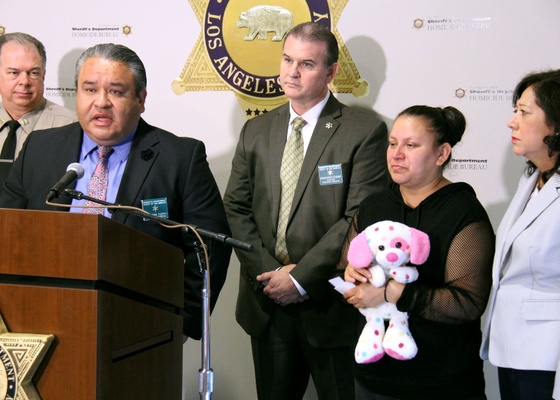 Karla Villa, a 15-year-old Latina, died Sunday, Jan. 7, after being shot in the 4500 block of North Heathdale Avenue in Covina, according to Los Angeles County coroner’s records.

The Baldwin Hills High School sophomore was with a group of about 10 friends around 9:45 p.m. on Saturday, Jan. 6, said Los Angeles County Sheriff’s Det. Gus Carrillo.

Several groups of teenagers had received an Instagram message about a party on North Heathdale Avenue, Carrillo said, but when they arrived, the residents said there wasn’t a party at the house.

Karla’s friends and several other groups of teens waited outside on the sidewalk, checking their phones for a new Instagram message clarifying the address for the party, Carrillo said. Karla was standing near the curb in front of a house under construction when a dark-colored SUV stopped near the group. 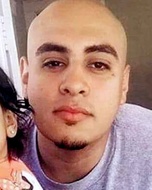 About 6:15 p.m. Feb. 18, Covina police were called to the home of Lynda Fick and Lucas Doi Fick, a 36-year-old parolee, said Sgt. Antonia Zavala of the Covina Police Department.

Shortly before midnight, officers knocked on the door to the Covina home. No one answered, but police saw lights go off inside the house and believed someone was inside, Zavala said.

Officers surrounded the house and ordered Lucas Fick to come out. When he did not comply, officers got a warrant, and a SWAT team entered.

Inside, police found the bodies of Lynda Fick, Lucas Fick's mother, and Nicole Biewener, 23, who had recently begun dating the man. Both were pronounced dead at 12:36 a.m, according to coroner’s …

Rene Atolinar Montano, a 39-year-old Latino, died Saturday, Oct. 1 after he was shot in the 17600 block of East Brookport Street in Covina, according to Los Angeles County coroner’s records.

Montano was standing in front of a residence in Covina about 1:13 a.m. when he was shot multiple times in the upper torso and collapsed on the lawn, Los Angeles County Sheriff’s Lt. Mike Rosson said.

Montano was taken to a nearby hospital where he was pronounced dead at 12:38 p.m., according to coroner’s records.

Residents reported hearing gunshots and a vehicle in the area, but no one reported seeing the shooting or the gunman, Rosson said.

Victor Vidal Sigala, a 19-year-old Latino, was shot and killed by an off-duty police officer on Wednesday, July 6, in the 500 block of North Asuza Avenue in Covina, according to Los Angeles County coroner’s records.

Sigala, who is believed to be from the San Gabriel Valley, was shot after he allegedly tried to rob an off-duty Los Angeles Police Department reserve officer at a Carl's Jr. restaurant, said Covina Police spokesman Sgt. Gregg Peterson.

The officer, dressed in civilian clothes, was waiting for his food about 3:13 p.m. when Sigala walked up to him and  “revealed a weapon hidden in his waistband,” according to coroner’s records.

“He wasn’t asking for money, he was asking for property,” said Peterson.

The officer, who has not been identified, was carrying his own semiautomatic handgun, Peterson said. “In fear of his safety and others in the restaurant, he used deadly force to prevent …