Teodik Atanes, a 20-year-old white male, died Wednesday, May 20, after being shot near 4432 San Fernando Road in Glendale, according to Los Angeles County Medical Examiner-Coroner's records.

Hrachya Gharibyan, a 39-year-old white male, died Sunday, March 29, after being shot near the North of 1136 N. Central Ave. in Glendale, according to Los Angeles County Medical Examiner-Coroner's records.

Deandre Tyronne Sims, a 36-year-old black male, died Thursday, April 18, in Glendale, according to Los Angeles County Medical Examiner-Coroner's records. The cause of death is pending.

Leon Gough II, a 50-year-old black male, died Thursday, April 18, in Glendale, according to Los Angeles County Medical Examiner-Coroner's records. The cause of death is pending.

Suren Tahmazyan, a 48-year-old man of Armenian descent, was fatally shot on Saturday, Oct. 13, in the 6400 block of San Fernando Road in Glendale, according to Los Angeles County coroner’s records.

Tahmazyan was in the parking lot of the Ararat Restaurant at San Fernando Road and Ruberta Avenue shortly after 8 p.m. when a man walked up and began shooting, said Glendale Police Sgt. Dan Suttles.

Another man standing nearby was also struck by the gunfire and suffered a grazing wound, Suttles said. But the gunfire struck Tahmazyan full force, and he was pronounced dead at the scene at 8:27 p.m., according to coroner’s records.

The restaurant was hosting several special events that evening, Suttles said, and the parking lot was packed with cars that had been valet parked.

Investigators don’t know whether Tahmazyan had even gotten inside the banquet before he was shot, Suttles said, and it’s not … 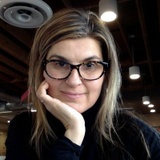 Family members called Glendale police about 12:30 p.m. after finding the bodies of Gligorov-Meeker and her ex-husband, Brian Valentine, both of whom had been shot, Sgt. Robert William said. They were pronounced dead at the scene at 12:50 p.m., according to coroner’s records.

The coroner ruled that Gligorov-Meeker was shot in the head by Valentine, 45, who then shot himself.

Glendale police responded about 8:30 p.m. after a report of gunfire in the area, according to Sgt. Robert William, a department spokesman. Officers found Oh on the ground near a vehicle in an open carport area of an apartment complex.

She had a single gunshot wound, according to William. Oh was transported to the hospital where she died at 9:40 p.m., according to coroner’s records.

Investigators believe it was not a random shooting and that Oh was possibly targeted for a robbery as she was returning home from her business, William said.

“Because the crime happened somewhat in a confined area, away from public view, we don’t believe this was a random act,” William said.

Anyone who may have information about …

Glendale police responded about 6 p.m. to a call about an unresponsive man in the driveway of an apartment complex, according to Glendale Police Sgt. Robert William. Once there, police found Ford suffering from multiple stab wounds, William said.

Ford was pronounced dead at the scene at 6:33 p.m., according to coroner’s records. Neighbors said he lived nearby and described him as a nice man who never caused trouble.

On the night of Ford’s death, detectives found a security camera that showed a man leaving the scene around the time of the stabbing.

“Officers and detectives immediately recognized and identified the individual as Ernest Culbertson, a known documented gang member, who they have had numerous contacts and arrests with,” William said in a …

Phillip Franklin Niles Jr., a 25-year-old white man, was fatally shot Saturday, June 25, in the 1600 block of The Midway Street in Glendale, according to Los Angeles County coroner’s records.

About 4 a.m., Niles was shot and ran a short distance before collapsing on the front lawn of a home, police said.

Niles, of Daytona Beach, Fla., was pronounced dead at the scene at 4:32 a.m., according to coroner’s records.

“They went from not knowing the victim to a complete ‘whodunit’ case to seriously putting some good work into it,” Glendale Police Sgt. Robert William said.

Hours earlier, police discovered that Niles was out with friends and met Dezerea Lyons, an 18-year-old woman, and her friend.

Eventually the group moved the party to an apartment in the 1700 block of North Verdugo Road in Glendale, where Lyons felt insulted by …

Gevork Alachadzhyan, a 45-year-old white male, died Sunday, March 13, after being shot by law enforcement near the 100 block of South Glendale Avenue in Glendale, according to Los Angeles County Medical Examiner-Coroner's records.

Littlejohn was a 57-year-old homeless black man who lived in the Glendale area, Lightfoot said. The two men did not know each other, she said.

Arutyunyan, who lived in Sunland, was walking near the Glendale Police Station after working at a nearby banquet hall, family members told the Glendale News-Press. He was initially stunned by the attack and ran away, about a block south toward the Glendale Courthouse in the 600 block of East Broadway Street, Lightfoot said.

Littlejohn caught up with Arutyunyan and allegedly …