Mohammed Mizanur Rahman, a 34-year-old man from Bangladesh, was shot to death Tuesday, Jan. 17, in the 2100 block of North Vermont Avenue in Los Feliz, according to Los Angeles County coroner’s records and authorities.

About 3:30 a.m., a man entered a Chevron station and purchased an item, police said. The man later returned to the counter, pulled out a handgun and demanded money.

Rahman, a clerk at the station, complied, but the assailant shot him. Rahman called 911 and was taken to a hospital where he was pronounced dead at 5:25 a.m., according to coroner’s records.

The gunman fled in a light-colored car, police said.

Hours after the shooting, local residents stopped at the gas station to hug members of the staff, who stood beside a cordon of yellow police tape.

Benoit Hecquet, who lives near the station, said he was shocked. Hecquet said Rahman was a native …

About 6:55 p.m., Los Angeles police officers from the Northeast Division were flagged down by a man trying to get help for a person with a stab wound, according to a news release from the LAPD. When officers arrived they found Norato in the back seat of his vehicle with a stab wound.

Officers also saw a Latino with a cut to his left hand. Norato was taken to a hospital, where he was pronounced dead at 7:47 p.m., according to coroner’s records.

Moments earlier, Norato and the other victim had gotten into an argument with two others in another car, investigators later learned.

Jack David Eloyan, a 22-year-old white man, was stabbed to death Monday, June 8, in the 1700 block of North Vermont Avenue in Los Feliz, according to Los Angeles County coroner's records.

Eloyan was stabbed in the chest and chin by an unknown number of assailants about 4:15 a.m., then drove himself to the hospital a few blocks away, said Los Angeles Police Department Northeast Homicide Det. H. DiCroce.

The victim walked into the hospital and collapsed, the detective said. He was pronounced dead at 4:47 a.m.

Eloyan lived in the Los Feliz area, but DiCroce said investigators don't know why he drove to the area where he was stabbed, or what caused the fight between him and his assailants.

All the businesses on that street were closed at that time, DiCroce said. Eloyan was dressed casually, in shorts, a T-shirt and tennis shoes.

Anyone with information is encouraged to … 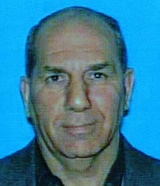 Yeprem Khotsuryan, a 62-year-old white man, was shot and killed Tuesday, April 29, in the 5000 block of Hollywood Boulevard in Los Feliz, according to coroner’s records.

About 12:10 p.m., LAPD’s Northeast Division patrol officers responded to a call reporting a shooting in the area, according to a news release from the department. When officers arrived, they found Khotsuryan, a business owner, suffering from multiple gunshot wounds.

Khotsuryan was pronounced dead at 12:22 p.m., according to coroner’s records.

The suspect was described as a male of unknown descent who was wearing a gray hoodie. The motive appears to be robbery.

John Lee, a 33-year-old Asian man, died Monday, Dec. 31, a day after he was shot in the 4200 block of Russell Street in Los Feliz, according to Los Angeles County coroner's records.

Los Angeles police are asking for help solving the killing.

Officers responding to a call of shots fired found Lee lying next to his black Audi at 9:18 p.m. Sunday on Russell Avenue, east of Talmadge Street.

He had been shot four times in the chest. Lee died the next day.

The Audi belongs to Lee's father, but investigators know little about the dead man, Det. Arthur Castro said. The motive is unknown.

Davis died from blunt-head trauma and strangulation after a "Sons of Anarchy" actor attacked her, officials said.

Investigators have identified Johnny Lewis, a 28-yeAr-old white man, as the sole suspect in the death of Davis after an altercation at her home, where Davis had rented a room to the actor. Lewis was later found dead in the driveway. His cause of death was deferred for further testing, said Capt. John Cades at the coroner's office.

Lewis apparently hopped a fence and began attacking a painter in a nearby yard, according to one of Davis' neighbors.

The neighbor, his wife …

Cody, of San Diego, was stabbed in the stomach during an altercation with several people in a parking lot, said Ed Winter, a spokesman for the coroner's office. His assailant stabbed him, then fled the scene.

Cody was stabbed about 8 p.m. and taken to a hospital where he was pronounced dead at 9:22 p.m. At the time of his death authorities had no suspect in custody and had not recovered any weapons at the scene, Winter said.

Jose Acuna, 22, a young Latino man, was shot in the stomach at 3929 Fernwood Ave. about 11:35 p.m. Saturday, May 10. Acuna was taken by ambulance to a local hospital, where he was declared dead 1:49 a.m., authorities said. L.A. County Sheriff detectives are investigating.