Gabriela Diaz, a 27-year-old Latina, was shot Wednesday, Nov. 25, in the 6900 block of Simpson Avenue in North Hollywood, according to Los Angeles County Medical Examiner-Coroner's records.

About 9:15 p.m., Diaz was coming home from an errand when a gray sedan stopped on the street behind her vehicle, police said in a news release. A man got out of the sedan and began firing into Diaz's vehicle, then fled north.

The car returned and Diaz was struck by another round of gunfire.

Police are looking into the motive. 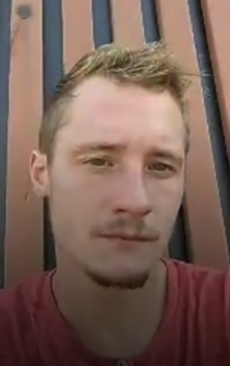 About 10:30 p.m., officers from the North Hollywood Division of the Los Angeles Police Department responded to a call of an assault with a deadly weapon and found DeTurk on the ground outside a pizza shop, said LAPD Det. Steve Castro.

DeTurk, who was homeless, was taken to a hospital where he was pronounced dead.

Investigators said that DeTurk was outside the pizza shop with a few others and asked a passerby for some change, Castro said. The two exchanged words and the man pulled out a gun and shot DeTurk.

Police identified the suspect as River Harris, a 24-year-old Black man. Harris has been charged with one count of murder, according to court records.

About 2:20 a.m., officers from the Los Angeles Police Department’s North Hollywood Division responded to a call of a shooting at an intersection and found Torres on the sidewalk with gunshot wounds, according to a news release from the LAPD.

Investigators believe that Torres and another person were walking east on Vanowen Street when a person walked up to them and shot Torres.

Torres was taken to a hospital, where he was pronounced dead.

Rommel Firmalino Mendoza, a 50-year-old Latino, was shot and killed by a Los Angeles police officer Wednesday, May 27, in the 6400 block of Elmer Avenue in North Hollywood, according to Los Angeles County Medical Examiner-Coroner's records.

At 11:35 a.m., officers from the LAPD’s North Hollywood Division responded to a call of a neighbor dispute, according to a news release from the department.

Officers arrived, spoke with the person who called police, then tried to make contact with Mendoza, who had gone back to his home.

As officers approached his home, he began screaming at the officers from inside, then came outside, holding a wide-bladed sword, police said.

He “ordered the officers to shoot him,” according to police, then moved toward the officers. The officers went back to the street and made a radio call for help. Officers continued to ask Mendoza to drop the sword.