Miguel Ruiz, a 37-year-old Latino, was shot and killed Monday, Nov. 23, in the 100 block of South Mesa Street in San Pedro, according to Los Angeles County Medical Examiner-Coroner's records.

About 9:10 p.m., Ruiz was sitting in the courtyard of an apartment complex with a group of friends when a male approached the group and fired multiple shots at them, according to a news release from the Los Angeles Police Department.

Ruiz was pronounced dead at the scene. Two others were injured by the gunfire; one declined medical treatment and the other was taken to a hospital, police said.

It's unclear if the gunman ran to a waiting vehicle.

Jose Luis Acevedo-Jaimes, a 23-year-old Latino, was shot and killed Wednesday, Feb. 26, in the 200 block of North Cabrillo Avenue in San Pedro, according to Los Angeles County Medical Examiner-Coroner’s records.

About 1:30 a.m., Acevedo-Jaimes was walking  east on Sepulveda to a liquor store when a person walked up to him, shot him and fled, said Los Angeles Police Det. Julie Scruggs. Residents in the area heard the gunshots and called police.

Acevedo-Jaimes was taken to a hospital, where he was pronounced dead at 2:20 a.m., according to coroner’s records.

About 3:30 a.m., Esparza was sleeping near the waterfront across the street from the post office when a person walked up to him and began to stab him, said Los Angeles Police Det. Julie Scruggs.

The person ran away, but it’s unknown in what direction, Scruggs said.

Esparza was pronounced dead at the scene at 4 a.m., according to coroner’s records.

Francisco Gabriel Onofre-Rivera, a 21-year-old Latino, died Wednesday, Nov. 27, after he was shot in the 1900 block of Meyler Street in San Pedro, according to Los Angeles County coroner’s records.

Shortly before 11:15 p.m., Onofre-Rivera had just left a party and was standing on a sidewalk when a person fired multiple rounds in his direction, causing him to fall to the ground, according to a news release from the Los Angeles Police Department.

Two females were also wounded but are expected to survive, police said.

Onofre-Rivera was taken to a hospital, where he was pronounced dead the next day, at 12:20 a.m., according to coroner’s records.

Police are trying to narrow down the vehicle description in their search for a suspect.

About 11:30 p.m., Guillory was playing a game at a picnic table inside the Rancho San Pedro housing development when a vehicle pulled up, said Los Angeles Police Officer Jeffrey Tiffin.

Multiple rounds were fired at the group, and Guillory was struck once, Tiffin said.

The vehicle, a dark-colored sedan, then fled. 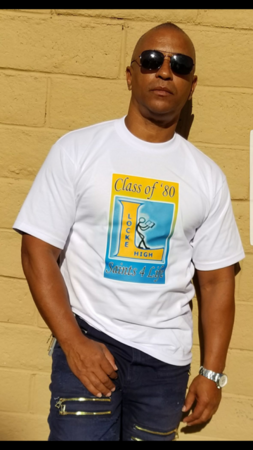 Paramedics responded and Guillory was pronounced dead at the scene at 11:44 p.m., according to coroner’s records.

Guillory helped Henderson take care of  her four children, ages 15, 12, 8 and 3, and took his grandchildren to and from school on weekdays.

He was always willing to lend a helping hand, whether it was for …