Guizhi Zhang, a 50-year-old Chinese woman, was fatally shot on Thursday, Sept. 29, in the 100 block of Avenida Grulla in Walnut, according to Los Angeles County coroner’s records.

Zhang and her husband, Yusheng Zhuang, a 68-year-old Chinese man, were both found dead in their home about 5 p.m., after a relative asked deputies to check on their welfare, said Los Angeles County Sheriff’s Sgt. Bill Cotter.

The relative became alarmed after receiving “some concerning text messages” from Zhuang, Cotter said, “saying things like, ‘Take care of yourself and the family,’ that kind of thing.”

Investigators believe Zhuang shot his wife and then shot himself, Cotter said. The two were pronounced dead at the scene 5 p.m.

Do you have information to share about the life of Guizhi Zhang? The Homicide Report needs your help. Please fill out this form.

Joshua Rodriguez, a male, died Monday, Sept. 7, in Walnut, according to Los Angeles County coroner's records. The cause of death is pending.

Do you have information to share about the life of Joshua Rodriguez? The Homicide Report needs your help. Please fill out this form.

George Mora, a 47-year-old Latino, was stabbed to death Wednesday, Oct. 19, in the 21600 block of Brookside Court in Walnut, according to Los Angeles County coroner's records.

Deputies were called to a residence shortly before 9 a.m. When they arrived, they found Socorro Mora, a 43-year-old Latina who was George Mora’s wife, in the front yard with stab wounds.

George Mora was discovered dead inside of apparent stab wounds.

Socorro Mora was taken to a hospital in critical condition. A knife believed to have been used in the stabbing was recovered from the scene.

Officials said there were no other suspects. They gave no further details on the circumstances that led to the stabbings.

Socorro Mora is currently being held in lieu of $5-million ...

Do you have information to share about the life of George Mora? The Homicide Report needs your help. Please fill out this form. 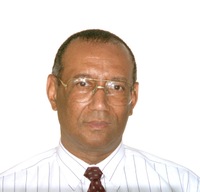 Whittington, a retired LAPD patrol sergeant, had worked late on paperwork for a handyman business he had started. He was going home when his car had a flat tire, said sheriff's homicide Det. Kevin Lowe. In the 10 minutes between his phone call to AAA and the arrival of a tow truck, someone shot Whittington in the chest, possibly in the course of a botched robbery.

Whittington retired as a sergeant from the Los Angeles Police Department's Hollywood Division in 1995 after 20 years on the job. He became a teacher, then started his own business. Before joining the LAPD, he had worked for a Pennsylvania law enforcement agency. He was also a veteran of the ...

Do you have information to share about the life of Ruben Benjamin Whittington? The Homicide Report needs your help. Please fill out this form.

Michael Padilla, a 45-year-old Latino man, was stabbed several times at 20207 Diehl St. in Walnut and died at a hospital about 5:34 a.m. Sunday, April 29. Sheriff's investigators said the stabbing was related to a quarrel between Padilla and five men in the street.

Update: Sheriff's detectives have cleared this case. A latino suspect was arrested.

Do you have information to share about the life of Michael Padilla? The Homicide Report needs your help. Please fill out this form.

Do you have information to share about the life of Jason David Valadez? The Homicide Report needs your help. Please fill out this form.