By Ruben Vives and Veronica Rocha

It was a case that puzzled investigators.

Who would want to shoot a mother and her 4-year-old daughter just feet from their Long Beach home this summer?

Detectives spent more than three months scouring evidence and interviewing witnesses who may have seen something.

"An investigation of this magnitude that began with no leads is very difficult to work," Long Beach Police Chief Robert Luna said. "Sometimes a case like this can take years to solve." 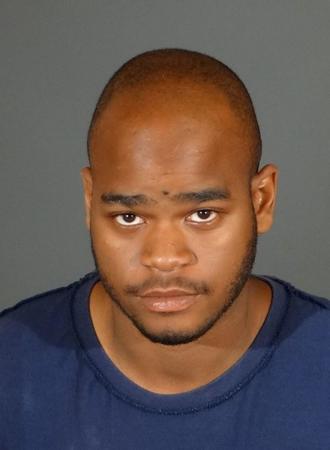 Last Monday, Luna said detectives had arrested Brandon Colbert, 22, of Tulsa, Okla., after identifying him as the main suspect in the Aug. 6 killings of Carina Mancera and her daughter, Jennabel Anaya. Police discovered he was in Los Angeles County jail after being picked up on suspicion of driving a stolen vehicle.

"Today their family and our community can find some comfort and the knowledge that a person believed to be responsible for their deaths is in custody," Luna said at a news conference held to announce the arrest.

The next day, Colbert was charged with two counts of murder and one count of attempted murder, according to the Los Angeles County district attorney’s office. The charges carry special circumstances alleging that Colbert was lying in wait and that he committed multiple murders.

Dec. 7, 2016: A previous version of this article erroneously used Robert Luna's name in place of Brandon Colbert's name in one instance.

But even after the arrest, a key question remains unanswered: Why would anyone kill the mother and daughter?

The motive for the shooting remains unknown, Luna said.

“We haven't ruled out the possibility that others may be involved in this horrific crime,” Luna said, adding that a $40,000 reward has been offered in the shootings.

Investigators learned that Colbert boarded a Greyhound bus Aug. 3 in Tulsa and arrived in Los Angeles the next day, the police chief said.

Police are now looking to retrace Colbert’s last steps and are trying to determine if he left California after the shooting, only to return later, or stayed in the area until his arrest in the stolen car case.

The mother and daughter were returning from grocery shopping around 10:20 p.m. when a gunman emerged at the intersection of Locust Avenue and 9th Street, police said. Armed with a shotgun, Colbert hid behind a sign and fired at the family, according to prosecutors.

Colbert then fired one shot at Luis Anaya, Mancera’s boyfriend, who is the father of Jennabel. Anaya was not hurt, but Mancera, 26, died at the scene. Jennabel died at a hospital a short time later.

In September, police released surveillance footage that showed a man they wanted to question inside a convenience store near the shooting scene. He was also spotted in footage riding a Metro Blue Line train while carrying luggage shortly after the shootings.

Police said Colbert is the same person seen in the footage. It is unclear how detectives linked the person in the videos to the shooting. Police have said that Anaya, the surviving boyfriend, did not recognize the man in the videos.

Luna said police had DNA from the gunman that they retrieved at the scene of the killings, but he did not elaborate.

Detectives submitted the DNA to an offender database but nothing came up at first. On Aug. 27, Los Angeles police officers arrested Colbert in the stolen car case and his DNA was taken to be added to offender databases.

Luna said he is hoping someone who knows Colbert or may have seen him comes forward to help police.

Long Beach Mayor Robert Garcia praised detectives for their work on the case.

“We're of course thinking and praying during this time for the family of both Carina and Jennabel,” he said. “It's been a difficult few months, but our thoughts and prayers are with them and we know that hopefully today will bring them some level of peace and ability to process this in their own way."

Thank you to commenter Mrs V. I have corrected the error and added a note acknowledging the change.

Mistake in this article. If Luna is the detective how was he charged. I think they mean Colbert was charged?

James, you're a VERY ignorant dude. Killers don't care about no race, especially if they on drugs. When a thug is inhibited by drugs and mayhem, all that matters is getting their next high or taking their frustrations out on anyone in their path.

I can't stand people like you, who jump to conclusions without doing research. Clown.

The courts and prosecutors should DEFINTELY seek the death penalty against this animal. How you gone shoot an innocent 4-year old girl in the chest? Glad this coward is off the streets.

Next time some punk starts talking about "black lives matter" just bust him right in the mouth and shut them up on the spot.

Where's Al Sharpton or the BLM movement to condemn this racist murder of a 4-year old girl and her mother?

Latinos better wake up and start to really take care of business, nobody else is going to do it for you.

There HAS to be more to this story than has been revealed. Unless this guy is a psychotic, there is no rationale for him killing a random mother and her child. Just doesn't add up.

Hate crime for sure.