Brandon Shorts, a 24-year-old black man, died Saturday, Dec. 25, more than a month after he was shot near 71st Street and Western Avenue in Chesterfield Square, according to Los Angeles County coroner's records. 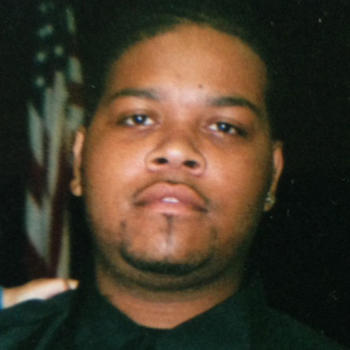 Shorts was sitting in his car waiting in traffic about 3:25 p.m. Nov. 18 when someone walked up and shot into his car, said Det. Jim Yoshida of the Los Angeles Police Department's Criminal Gang and Homicide Division.

Shorts was taken to California Hospital Medical Center, where he remained until he died at 5:39 a.m. Dec. 25.

Ed Winter, a spokesman for the coroner's office, said Shorts died from injuries he suffered during the shooting. According to coroner's records, he was shot several times in the chest, abdomen and extremities.

At this time, detectives have not released a description of the shooter; however, due to the location of the shooting, they are investigating the incident as a gang-related crime.

Do you have information to share about the life of Brandon Jamall Shorts ? The Homicide Report needs your help. Please fill out this form or e-mail us at homicidereport@latimes.com.

Share a memory or thought about Brandon Jamall Shorts

It's been a long 5 years since the death of my one and only little brother. We miss him dearly. My father hasn't really been the same since his only son was taken away from him. We never thought something like this would happen to our family!!! RIP little Brother!! We still in these streets and justice will be served, whether it's here on earth or in the after life!!!

Hope they find your murderer