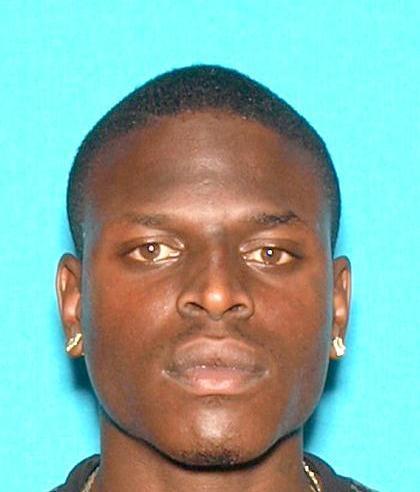 David Davon Matthewis, a 23-year-old black man, was shot and killed Thursday, May 23, in the 1000 block of East Elm Street in Compton, according to Los Angeles County coroner’s records.

Matthewis was walking home about 11:20 a.m. when a vehicle pulled up beside him and someone inside fired gunshots, said Sgt. Robert Gray with the L.A. County Sheriff’s Department.

Gray said the incident could be a case of mistaken identity.

Matthewis was taken to the hospital, where he was pronounced dead at 11:53 a.m., according to coroner’s records.

An earlier version of this post misspelled Matthewis’ middle name as Dabon, based off information from the coroner’s office. His family has said that his middle name is Davon.

Share a memory or thought about David Davon Matthewis

This guy reminds me of a dude I was in placement with in North Hollywood place called child's home for children. He told me he was out of long Beach. Can anyone confirm?

Happy Birthday to my beloved brother. You would have been the big "30" today. Miss you so much. I know that you would have been doing great things with your life. I am so saddened that your life was taken way too soon. I miss you dearly. I think about you everyday. Your nephews are doing great. We are keeping you in our memories. Love you so much and wish that you could be here with us. The pain still hurts greatly. Love you forever and ever.

Justice has been served bro. Miss you and love you so much. We all have closure now knowing that the person who murdered you is put away and cannot harm anyone else. Wish you were here with us. Words cannot even decipher how much I miss you. You were my only brother. I am left with memories to move forward in life. May 23, 2013 was a hard day for me. Mom fought hard for you bro as she always does. She was resilient and fierce. I love you forever. Now rest now my loving brother. We will meet again. Love you so very much. Thank you to everyone who fought for justice for my brother. On behalf my mother and sisters we thank you and God bless you.

Happy Birthday to my only brother. You would have been 29 years old today. I miss your warm smile. I love you forever.

Miss you bro. Love you always!!! You will never be forgotten.

Today marks the second year of the death of my brother who was slain in Compton, CA. The detectives are working hard to get justice for you. Love you forever.

Well Brother today you would have been 25 years old. Happy Birthday I love you forever. The detectives are still working on your case they said that it will not be a cold case.

Please sir or madam; Whoever know any information regarding the horrible murder of my son Please speak-up and give the information to the LA County Sheriffs Homicide unit. you can give the info anonymously if you like. Please help me and my family find the killer of my son. Justice must be served. Thank you in advance for your help, may God bless and keep you.

To my only son; I miss you so very much, I believe and trust God that justice will be served to whoever did this cowardly and brutal act. I will always remember the beautiful memories we shared. You were one very unique and talented handsome young man. God is using you in his kingdom now. You will always be remembered in my thoughts I am so blessed and happy to have had a son like you(loving, caring, comical, strong and God fearing with many talents.) Enjoy yourself at your new home with your creator. Peace and happiness forever. I will always love you . Momma

At 11:53am we will be holding a moment of silence in remembrance of my only brother David Davon Matthewis. Today marks one year of his passing. Justice will be rendered to me and my family for the cowardly act that someone committed. Love you always my brother. :(

Lydia, sorry for your loss sweet heart. I know you're hurting right now. But in time it will be ok.

Well my brother you would have been 24 years old May 8th and you're one year anniversary is approaching. I miss that keen sense of humor and that smile. Please do not allow my brother's case to be a cold case.

To Lydia Gibbs I didnt know your brother but I come on here an see so many faces I know. My nephew face that I was with EVERYDAY is here sine 2007.... just know God is with you an I pray he keeps you strengthend My sister died so I know what it's like to lose a sibling an multiple loved ones to this stupidity God bless you

All this mistaken identity is false : he was killed because he wouldn't change his bike color which was blue in a piru neighborhood. He wasnt a gangster, I knew something was wrong because for a month straight he was looking to buy a gun because he was threated multiple times by someone from elm st. idk who did this but I can assure you his girlfriend does..she lived/s around the corner from him and where it happened she should know

looking at your picture still hasn't registered to me that your gone. It feels like a dream I cant wake up from. I miss you so much, your big sister wishes she could just look at your face. Mama has a big poster up of you in the living room and every time I am there I find my self kissing you over and over. in a way that poster makes me feel like your in the room with us. I love you so much and until we meet again rest well little brother. xoxoxoxo

after seein his picture I apologize, he was not hye top from elm, I apologize please disreguard that message I made above. If u look at the video its easy to see it wasn't him.

David was a well known member of the ELM st Piru gang (same area he died)
He was a Leader for the young generation YG's of Compton. here is a Link of him at the 3:00 mark, he is acknowledge by rap super star waka flocka as the "Head Honcho" ..I heard his death was not gang related, but this was a big time loss for COMPTON

Stop all of the killing. I am the sister of David and the sister of many who have been killed due to senseless violence. I am so ashamed of African Americans killing one another latinos killing african americans and vice-versa. Let's learn how to love one another (tears). I speak for all who have loss loved ones due to trigger happy people who don't have anything else to do but take someone's life. I am sick and tired, it landed home for me when we lost David. I miss my brother so much and not a day that goes by that I don't think about him. My heart aches everyday I just want him to come back. My brother was such a smart young man with the potential to be anything that he wanted to be. His life was cut too short. I ASK THAT WHOEVER HAS TAKEN A LOVE ONE FROM SOMEONE AND YOU HAVEN'T BEEN CAUGHT TO TURN YOURSELF IN TODAY. I will always love you my only brother David Davon Matthewis.

I am never going to give up on you Bro we will find the person who did this to you. Please turn yourself in for shooting and killing my brother. Be a man not a coward and do what's right for me and my family. DO THE RIGHT THING BECAUSE WHAT YOU HAVE DONE WILL HAUNT YOU FOR THE REST OF YOUR LIFE.

Please if anyone know anything about what happen to my brother please contact the police. No information is too little or too small. I may not know who you are but God knows everything you cannot hide from him. I pray that these words will pierce the heart of my brother's killer and that he would do himself a favor and turn himself in.

Brother I miss you so much everyday is not the same without you being here. I am doing what you would want me to do and continue to live my life. I will always love you my only brother David Davon Matthewis.

Just linking up with my family...never met alot of them and found out my cousin was shot and killed...i will never get to know him now..i am saddened by this and i love you david....we will meet one day in another life!