Father tells his daughter's killer: 'You are just a shell' 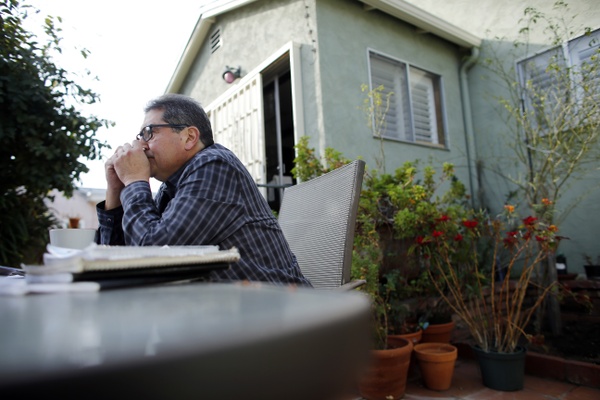 On the day his daughter’s killer was to be sentenced, Fred Escobar sat in a solitary chair at the back of the courtroom. He held a notebook over his heart.

The inked pages held his feelings since his daughter, Erica Escobar, was brutally killed more than four years earlier.

Each week since her body was found in May 2011, Fred Escobar had written an entry in the journal. Now he would use those thoughts to finally address the man who killed her. 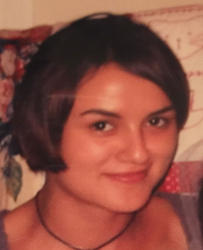 “When I first saw him, I couldn’t even begin to describe how I felt about him. And I still don’t know exactly what I’m going to say,” the father said, thumbing through the journal before the sentencing earlier this month. “But I got it all right here with me. All the years of pain and grief.”

Before the case went to trial, Escobar knew little about the details of the killing.

Prosecutors told jurors that Zachariah Timothy Lehnen, a 35-year-old transient, lured Erica Escobar, 27, to the home of Lucien Bergez, 89. Once there, they said, Lehnen tried to force Escobar to have sex.

As Lehnen beat her, authorities said the elderly Bergez tried to stop him. Then, according to prosecutors, Lehnen stomped on both of them, stabbed Bergez in the eye, and cut Escobar around the eyes.

A housekeeper discovered the battered bodies on May 3, 2011. Authorities believe they had been dead for about two days.

A week later, Fred Escobar stood in his garden and wept as he admired one of Erica's favorite plants, a springy shrub of Breath of Heaven. That's when he wrote his first entry.

“It brought me very sad and painful memories. My tears could have probably given a good watering,” he wrote. “That plant had no chance of survival until Erica saw something in it...sometimes you never know how important something so simple can later become.”

The journal became a place to cope. He chronicled difficult conversations with Erica’s mother, sessions with his therapist, even his dreams of Erica’s achievements if she were still alive.

“I needed to talk about a lot of things after she died. I had people who I could talk to, my family, my friends, my therapist. But I wasn’t ready to share everything up front,” Escobar said. “But there are some things that I was still not ready to say out loud but they had to come out, you know.”

In the days before he was scheduled to speak at the sentencing, his rage came out on the pages in barely legible scratches.

“On the days you get stomped, I hope you remember my daughter and feel what you did to her,” he wrote.

As he poured out his feelings, his letters became more uniform.

Escobar stopped printing his words and shifted to cursive. “Your journey will continue as will ours. We are done with you. Now we must live our lives to the fullest.”

In court, Escobar did not look at Lehnen until he was called to speak. He held the eyes of his daughter’s killer for a moment as he opened his journal and read his excerpts.

“Your angry blind decisions have caused us a lot of pain but if I say what I thought you should hear, it will not free me from the pain," he said. “My daughter was the opposite of you. She was so full of life. You are just a shell.”

With his final words, he returned to the back of the room and sat down. Lehnen’s judgment came shortly after: two consecutive life terms in prison without possibility of parole.

In the following days, the father sat in his backyard, watching his daughter’s Breath of Heaven. It had begun to turn brown. He did not write. He did not open his journal.

“I feel like it’s finally over. But it feels like I’m just beginning to grieve,” Escobar said. “It just all hurts so much. She’s really gone now.”

Blessings and love to you and your family Mr Escobar

Dear Fred, this is Patty, Donna's sister, and though we only met once, I think of you often...at times I think of you and Erica, and pray that your heart will one day heal..but then I think Donna and Paul, and our family, and know that our hearts can only heal so far for the loss we have endured. A day does not pass that I don't think of Bailey, and when I do, I think of Erica as well. You are in my thoughts and prayers...
Patty

The ones we love never truly leave us. I lost a brother and a partner. The greif is profound. When things are at their worst, I feel their love come back to me. I love you Fred

Mr. Escobar, I feel for the loss of your daughter, particularly in such a fashion. I have children of my own and cannot imagine your pain. However, your daughter's killer did not get stomped, as you put it. What he got is a roof over his head, three meals per day, access to a workout and library facilities, as well as free medical, dental and other health related services, all paid for by you and me. Become an advocate for reinstating the death penalty in Calif. That will better serve the needless death of your child.

This made me cry. And I don't cry easily. I am so sorry for your loss Mr. Escobar. May you somehow find peace.

Thank you Mr. ESCOBAR for your strength. I am going through a homicide of my partner and it has been 1.5 years. There haven't been leads thus far, but just reading your story givea me hope. I truly believe what you stated that you're now be able to start grieving. That explains what I have been feeling. It feels like you're reliving the death as if it was yesterday each morning you awake.

Thank you so much for sharing this with the rest of us. You are an inspiration as well as your daughters beautiful soul.