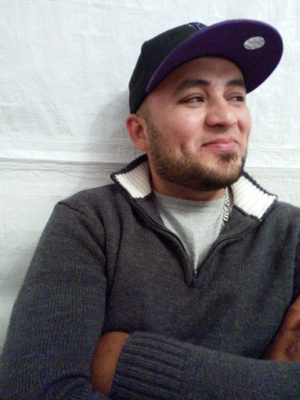 Gabriel De Le Torre, a 32-year-old Latino, was shot and killed Friday, Aug. 19, in the 2100 block of Broach Avenue in Duarte, according to Los Angeles County coroner’s records.

De Le Torre was in his backyard with a few relatives and friends when his neighbor joined the group, said Los Angeles County Sheriff’s Lt. Eddie Hernandez.

The neighbor and his family live in a smaller house on the same lot, and they shared the backyard, Hernandez said.

Witnesses told investigators they aren't sure what sparked the neighbor's anger, but at some point "he felt disrespected," Hernandez said, and got a handgun from his house and began shooting.

De Le Torre was pronounced dead at the scene at 8:24 p.m. with gunshot wounds to the chest, according to coroner’s records. No one else was injured.

After the shooting, the neighbor drove away in his white Toyota pickup truck, Hernandez said.

Deputies arrived quickly, Hernandez said, and a witness pointed out the neighbor's truck as it was leaving the neighborhood. Deputies pursued the truck onto the 210 Freeway. The driver headed east for about five miles, exiting at Azusa Avenue and pulling over.

In the truck, deputies found a handgun, which is being tested to see if it was involved in the shooting, Hernandez said.

Luis Valdes-Santillan, a 40-year-old Latino, was arrested and charged with five counts of assault with a deadly weapon and one count each of murder, attempted murder and fleeing a pursuing peace officer’s motor vehicle, said Sarah Ardalani, a spokeswoman for the Los Angeles County district attorney’s office.

He is scheduled to be arraigned Sept. 13 in Department 5 of the Los Angeles County Superior Court’s Alhambra Courthouse.

De Le Torre was an electrician who was trying to save up enough money buy a house and start his own contracting business, sister-in-law Kathy Serna said.

"He was just a cool guy, always joking around," she said. "Everybody got along with him. He had open arms for everybody, always offering his help."

She said De Le Torre immigrated from Mexico as a teenager and met his future wife Susanna Serna a year or two later. They became a couple about 15 years ago, she said, and he helped raise her three daughters.

De Le Torre also befriended the young autistic son of a family who lived next door to him 10 years ago, she said, including him on many outings and gatherings. They loved to ride quad bikes and go camping, she said.

"He just became part of the family," she said. "He called my brother-in-law 'tio,' and that's how my sister found out he'd been shot. He can't speak very well, but he called her at work and said, 'Tia, my tio is bleeding,' and then hung up."

De Le Torre had just gotten off work and was having a beer with his cousin and brother-in-law, when the neighbor walked up, Serna said. She said that the neighbor had a temper and wasn't well-liked, but De La Torre had stood up for him and continued to include him in gatherings.

Witnesses told her that De Le Torre was calm when the neighbor retrieved the gun. "He was just telling the guy to calm down," she said. "He didn't even try to run."

A fundraising account has been started to help the family with expenses.  The funeral is set for Monday in Monrovia.

"He was such a big part of this family. Things are never going to be the same anymore," she said.

"I wish he were here to tell us something to cheer us up."

He was my husband and his name was not Alejandro

I am very lucky to be able to say Gabriel wasn't just my brother in law but more like a brother that loved to mess with his sister ,he was my Compadre and my friend .A wonderful uncle to my kids.A amazing step father to my nieces .A best friend to my husband. He was there for anyone and everyone . He was a great man but God needed a great angel. He will be missed .We will never forget him.