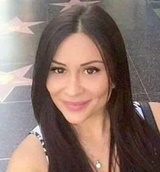 Iana Kasian, a 30-year-old Ukrainian woman, was found dead Thursday, May 26, in the 8500 block of Holloway Drive in West Hollywood, according to Los Angeles County coroner’s records.

About 11:30 a.m., authorities found Kasian’s mangled body in the apartment she shared with Blake Leibel, her boyfriend and the father of their 3-week-old daughter.

Prosecutors said that Kasian was “tortured and mutilated” and that the “blood was drained from her body,” according to a news release from the Los Angeles County district attorney’s office.

Leibel, a graphic novelist, screenwriter and son of a prominent developer in Toronto, also was inside the apartment and was taken into custody, Los Angeles County Sheriff’s Lt. Dave Coleman told The Times. He had barricaded himself inside by putting furniture and bedding against the door, and he seemed “agitated and uncooperative,” Coleman said.

Leibel was charged May 31 with murder, mayhem and torture with special circumstance allegations of murder involving torture and mayhem (a charge related to the mutilation), making him eligible for the death penalty, according to the news release.

Leibel pleaded not guilty and is being held without bail. He is scheduled to undergo a mental competency evaluation after his attorney, Alaleh Kamran, raised doubts about his mental fitness, The Times reported. His next court date is June 14.

The couple’s baby was with Kasian’s mother, and not in the apartment during her mother’s death, Coleman said. Investigators think Kasian was killed sometime between May 23 and May 26, according to the district attorney’s news release.

Sheriff’s investigators have put a security hold on the case, meaning the coroner’s office cannot release details about the woman’s autopsy or cause of death. A Sheriff’s Department news release said Kasian “appeared to have sustained blunt force trauma to her head.”

Denis Aronchik, a friend of the victim’s family, told the National Post newspaper in Toronto that Kasian and Leibel had been living together in the Holloway Drive apartment until Leibel was arrested on suspicion of sexual assault shortly after midnight on May 20.

Leibel was released later that day after posting $100,000 bond, The Times reported.

The assault did not involve Kasian, Aronchik told the National Post, but when Kasian learned of the arrest, she left the apartment with her daughter and moved in with her mother, who was visiting from Ukraine to help with the baby.

Kasian left the baby with her mother and went back to the apartment to talk with Leibel on Tuesday, May 24, according to Aronchik. When she hadn’t returned by the following day, her mother went to the authorities, he said.

Coleman said Kasian’s mother speaks only Ukrainian, which has slowed interviews with investigators.

Aronchik said Kasian lived in Kiev until she was in her late 20s and moved to the United States two years ago on a student visa. She met Leibel soon after, he said.

It’s not clear when and where Kasian and Leibel met. Leibel filed for a divorce from his wife, Amanda Braun, in July 2015, according to court records. The couple have one child, and the case is pending in Los Angeles County Superior Court, The Times reported.

Kasian’s friends are trying to raise $15,000 online to help her family.

“Please note that Iana has no family or relatives of any kind in US. Her mother, Olga, flew in from Kiev to help with Iana’s newborn baby and was not planning on staying permanently,” says the GiveForward post by friend Yuliya Goldman.

“Iana’s daughter is safe with Olga. However, this nightmare is far from being over for Kasian’s family. Iana’s body needs to be transported to her native Ukraine for proper burial, which is both expensive and complicated procedure.”

The case is under investigation. Anyone with information is asked to contact the sheriff’s Homicide Bureau at (323) 890-5500. Those wishing to remain anonymous should call Crime Stoppers at (800) 222-8477.

Do you have information to share about the life of Iana Kasian ? The Homicide Report needs your help. Please fill out this form or e-mail us at homicidereport@latimes.com.