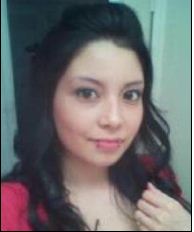 Breanna Guzman, a 22-year-old Latina, was found dead Wednesday, Jan. 25, on the 2 Freeway onramp near Riverside Drive in Echo Park, according to the Los Angeles Police Department.

[Editor's note: An earlier version of this post, based on information from the coroner's office, listed the victim as Jane Doe #10.]

An unknown woman's body was found in a bush about 9 a.m. by California Highway Patrol officers, said Officer Cleon Joseph of the Los Angeles Police Department.

Due to the state of the remains, investigators were not immediately able to identify the victim.

The coroner's office said it was conducting tests to determine the identity; however a security hold has since been placed on the case, and the department is unable to provide any further information about the death. They identified the victim as Jane Doe #10.

Family members of a woman reported missing shortly after Christmas believe the decomposed body is her's.

KTLA-TV and KABC-TV reported that relatives of Breanna Jovette Guzman, a 22-year-old Latina, believe the body discovered in the bushes is Guzman.

A memorial was set up outside Guzman's family home Friday morning.

Guzman, known as Bree, told family members she was going to buy cold medicine. She left her home in the 2300 block of Humboldt Street in Lincoln Heights about 7:30 p.m. Dec. 26 but never returned.

I am Mommy to Bree. WE are awaiting sentencing hearing for the monster who felt he had the right to rob my baby Bree'Anna and the precious life of Michelle, and who know how many others. But, I feel my big mouth assisted in capping this serial killer working on his career crimes. He will not hurt another female again.
This world is plagued with so many sick minded individuals.Keep your family tight, know there friends and whereabouts. My youngest thinks i am just being nosie, she cant understand how this has truly affected my normality of being a secure mother.
Those who have all their children and loved ones still, have no place commenting on what they dont know. There was not a gas station with cameras close by, nor was there a billboard. I applause the LAPD Detectives who assisted us, after 5.5 years later, the arrest was made, the sicko Giovanni Borjas was caught.
Due to the pandemic we will not be on the calendar till summer 2022. Justice is around the corner. thank you. Broken Mommy

So Super Glad Hers & Michelle's Killer Was Finally Caught !!! Didn't Know Them Personally But Been Following Their Case For A Long Time ! 🙏🏻🙏🏻 LAPD Actaully Did A Good Job.

Finally you're going to get the long awaited justice that you truly deserve, at least now your family and your little girls have some comfort knowing the person that hurt you, and your family is behind bars where he belongs RIP Bree'anna

RIP she kinda looks like the nanny from the tv show PRETTY LADY RIP miss guzman.

Any leads come to fruition about this murder? David one of the posters stated the killers were from Frog Town set up by her boyfriend. He stated he would find the names of the perps and turn over to LAPD.

I think about her all the time and wish that she wasn't gone. I wish she was here to see her girls. So they can have a mom.

True Observer,
Ha Ha Ha video of the body getting there from all the sources you pointed out...Yet!!! with no actual proof a body was inside the (however it was transported) how are you going to take that to court? Ha Ha Ha...you have been watching too many true crime stories on TV. Oh and by the way all those witnesses you mention, they don't talk when the blood from the victim is on them what the hell makes you think they are going to turn in a dash cam video? Thank goodness you are a blogger and not a detective.

There is video of the body getting transported there. I make this assumption based on the fact that you cannot get from point A to B without being filmed somewhere, somehow. I imagine the detectives are late bloomers generation ( please forgive my ignorance). The detectives should partner with some of these Y-generation kids and ask them about how they would solve the case. Every freeway exit ramp has a gas station -with cameras- some drivers carry dash cams and guess what, some of these drivers drive that stretch of freeway on a regular basis. Set up a billboard sign nearby asking the drivers for info about something suspicious. Garcetti was talking about putting cameras on the freeways, and lapd should use drones in the future.

@juan she was a hard worker, and though I never knew her personally, I know her daughters father and he is the farthest thing from a gang member you will find. Her children always had on new clothes, were extremely well taken care of and loved. How dare you make such an unfair judgment on someone who died such a horrible death. Shame on you

Very sad. It is believed that Michelle Guzman, a 17 year old who was found dead nude the very next day was a victim of the same killer (s). Both girls looked like they were attracted to the whole gangbang/tattoo culture. It's a culture of death and sadly these girls were attracted to it

My name is Paul Garcia. I was the first person to find Breeanna Guzman on doing my community service. It was very sad i started to cry. I pray to god that they find that heartless person. As for her family, you are in my prayers. May god be with her family and the LAPD to bring this this kill to Justice!

bree was one of the best friends I ever had. she was the sweetest but also very tough. we shared a lot of memories in scool and fun summer nights, we grew up together, went thru some rough patches as kids but always planned to reconnect as we did as young girls. she never deserved what has happened, my heart breaks and aches everytime I think about her. her daughters are soo precious and wonderful girls. I miss u so bree!! wish I had more time with u mamas!!!!

I've always wonder what happened to her. Its so sad this case turned cold. I hope one day she gets justice and all the people involved gets what they deserve. She was a mother of two little girls. So sad and so cruel.

@Pete looks like David has some info about the murder looks like her boyfriend had her killed by his gang.

I've read this story sometime last year, sad that this story was thrown back of the Newspaper, small article. Just a Latina woman gets hardly any recognition of her case slowly becoming cold. Also, prior months, there was another murder occurred in the 5 freeway by CSULA,which is also slowly going cold. I so hope this both woman Justice be serve for them and maybe 2 murderers are out there among ourselves waiting to strike again. I hope LAPD could wrap this up. Also it be great if L.A.times could print a page one more time for the sake for this woman and not allow this case go cold, maybe someone out there might remember some suspicious activity info. That they have hold back or had doubts, but anything could lead to something big... I just feel for their parents of this young woman wanting their justice.

There you have it the killer is the boyfriend, I'm guessing he didn't want to pay child support or one of the two was cheating.

i came across some info by some gang members,the guys who killed breeanna guzman,are from frog town,,,100% true they think they were slick,, i cant believe the lapd,,dont have this info,,im not even a gang member,and i was able to snoop around for this info ,thats why the boyfriends alibi is air tight.he had some gang members in frogtown committ the crime.. im working on names of these skumbags and ill have them real soon, ill be in touch with detective carrillo, with this info so they may lock these skumbags up,,,

LAPD FIND THE KILLER NOW!! This female lost her life.

I am praying that this killer is found very soon. I always wonder what evil could cause someone to murder a young innocent female like Breanna Guzman. LAPD I pray that God help you to find the killer soon!!

No one deserves to be taken away as you did. We only hope that they find who did this and gets their lasting agony!!! We miss you and LOVE you Mamma Bee. Always on our minds all day every day <3 May the prayers that our families made, Shine up on your soul to keep you safe and smiling. Xoxo

She was a mother of two beautiful baby girl. Wonderful young lady in general never hurt anyone</3