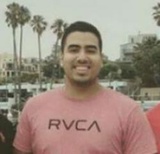 Jose Manuel Melendez, a 21-year-old Latino, was shot to death Friday, Aug. 12, in the 800 block of East Michelle Street in West Covina, according to Los Angeles County coroner’s records.

At about 10:15 p.m., West Covina police received a call about gunshots at a house party, according to a news release. Officers found Melendez in the backyard with a gunshot wound to his chest and back, according to coroner’s records. He was pronounced dead at 11 p.m. at the scene.

Another person who was struck by gunfire taken to the hospital and released, the news release said.

Police do not know the motive of the attack and said the gunshot victims do not have any gang ties, according to the release.

Share a memory or thought about Jose Manuel Melendez