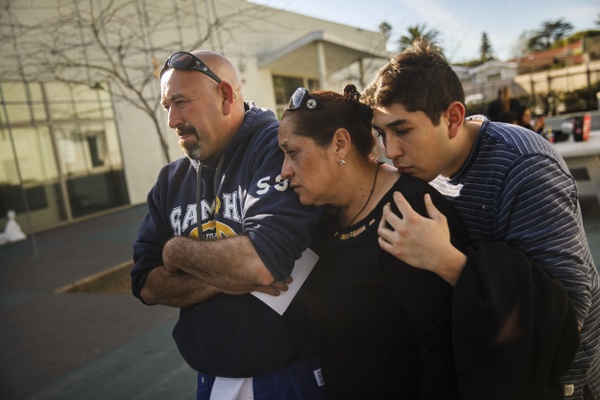 Walking to the park where he used to watch his son play football, Jorge Castillo told a story from when Juan Castillo was in junior high.

“I remember when he got his first interception, and had this blank stare on his face,” Jorge Castillo, 46, said with a chuckle. “I yelled at him to start running, and he just ran through those kids. It was amazing, but he didn’t make a touchdown, though.”

Lourdes Castillo, Juan’s mother, was walking a few steps ahead. He did make it, she exclaimed, playfully shaking her head. Jorge Castillo laughed and agreed.

But the family fell silent Friday when they reached Virginia Avenue Park, near Pico and Cloverfield boulevards in Santa Monica.

On Feb. 26, Juan Castillo, 18, was found dead outside UCLA Medical Center in Santa Monica. He had been shot in the head, according to L.A. County coroner’s records. Police said his body was dumped outside the hospital and are investigating whether his death is linked to earlier gunfire near Virginia Avenue Park. 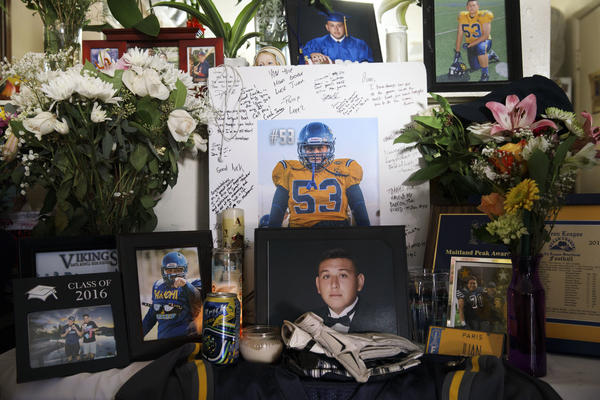 The family had stayed away from the park until Friday. Jorge Castillo learned of a memorial dedicated to Juan, so he put on his son's old football sweatshirt and set out with his family, including Lourdes Castillo and their oldest son, Jorge Castillo Jr., 21.

Here’s where the family celebrated birthdays, Jorge Castillo said, motioning to one section of the park. Then he traced goal posts beyond the far trees where Juan Castillo had coached a tournament-winning youth soccer team.

Juan Castillo had always been a standout athlete, competing on all-star baseball teams and playing football at Santa Monica High. He had plans to enroll soon at Santa Monica College and join the Marines.

“Juan was the ultimate competitor,” said Lewis Alexander, Juan Castillo’s high school coach and park program coordinator. “He would always push himself and his team to perform to their best, but he really loved sports so much that he wanted everybody to have fun.”

As the family continued through the park, waves of well-wishers slowed them down with hugs and kisses, but they pressed on until they reached the memorial. 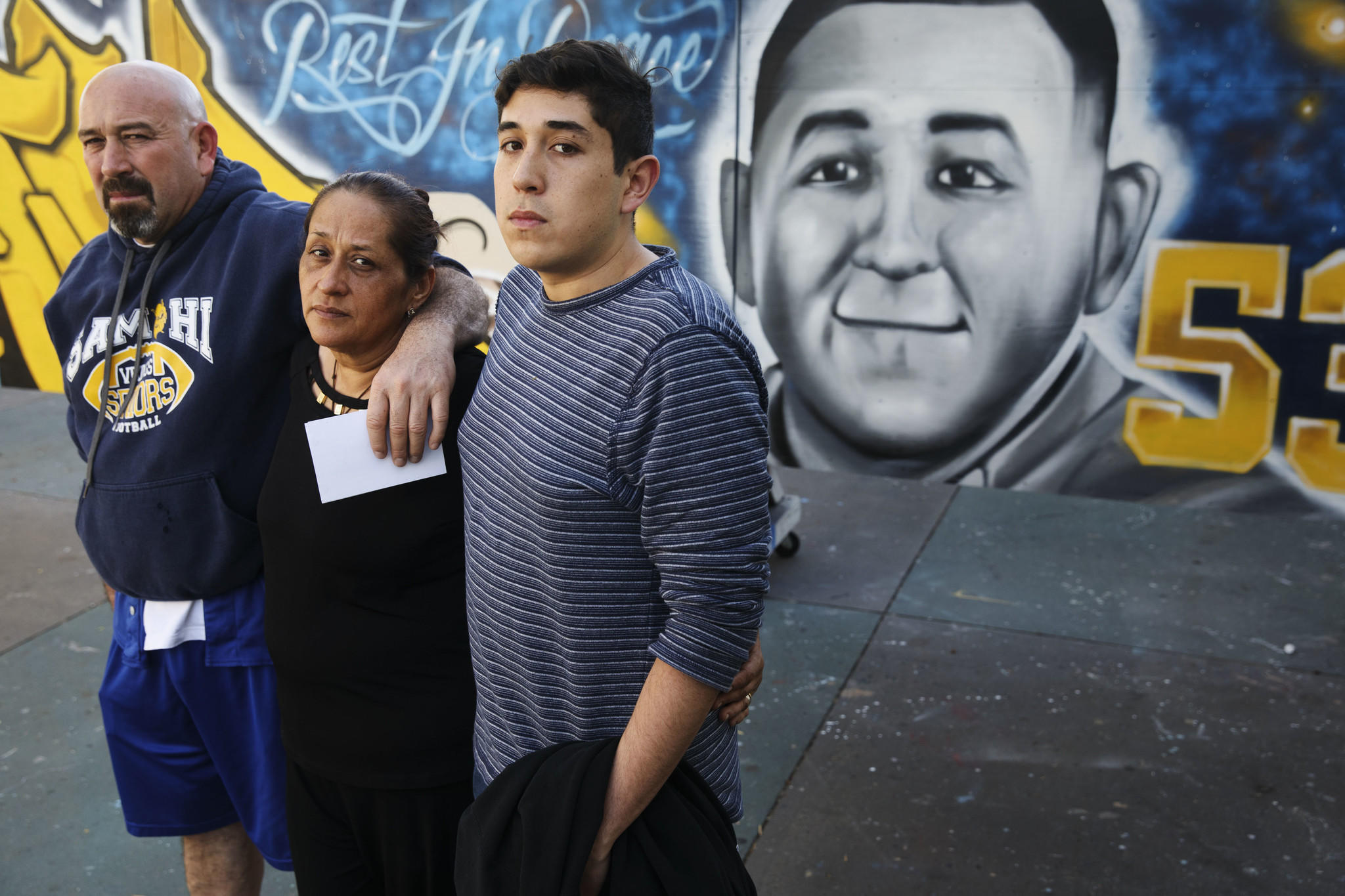 “Everybody said my brother was a tough guy, but I never saw him that way,” Jorge Castillo Jr. said. “When he was in pre-K, his teachers used to come get me because he needed his big brother to fall asleep. That’s how I’ll always remember him.”

After they all had taken their time, the Castillos started to slowly make their way home.

“My son had plans to join the Marines, and if he died, he said that he would want to be buried nearby this park. This is where he spent all his time,” Jorge Castillo Sr. said. “I know my wife says she wants to move, but I don’t think I can. I don’t want to leave him.”

Jorge & Lourdes Raised Two Amazing Son's, They Both Were Very Well Mannered, Happy & Respectful Boys. I Can Relate To Their Pain 100% And I Pray They Will Be Blessed With Peace & Comfort In Abundance Juan Will Forever Live On In Our Hearts And Will Never Be Forgotten.....May You Rest In Heavenly Peace Angel.🌹💞👼🏈🏉🏈