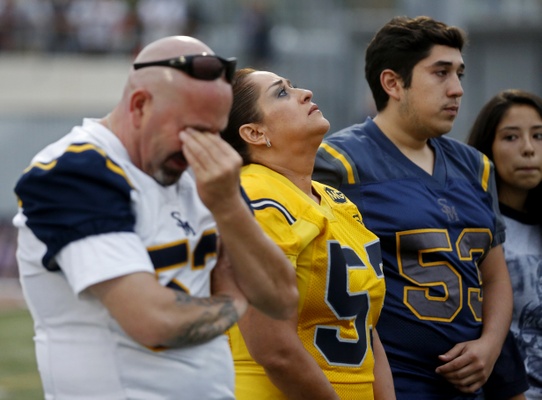 The announcer called the name over the loudspeaker as the Santa Monica High Vikings entered Corsair Stadium at Santa Monica College for their first football game of the season. At the edge of the field, Lourdes Castillo also mouthed the words: Juan Castillo. Her son.

The 18-year-old former football team captain was shot to death in February, and on Friday the school retired his number, 53.

Sherwin Espinosa, 42, was arrested and charged with murder in the killing. He pleaded not guilty June 5.

But that was far from the Castillos’ minds Friday, as father, mother and brother linked arms, each wearing one of Juan’s jerseys, and walked to the center of the field. Friends and family circled them, and Vikings coach Ramsey Lambert presented a jersey and picture of Juan Castillo signed by the team.

Players from the Vikings and their opponents, Santa Ana Segerstrom High, hugged the family before they made their way to the bleachers to watch the game. 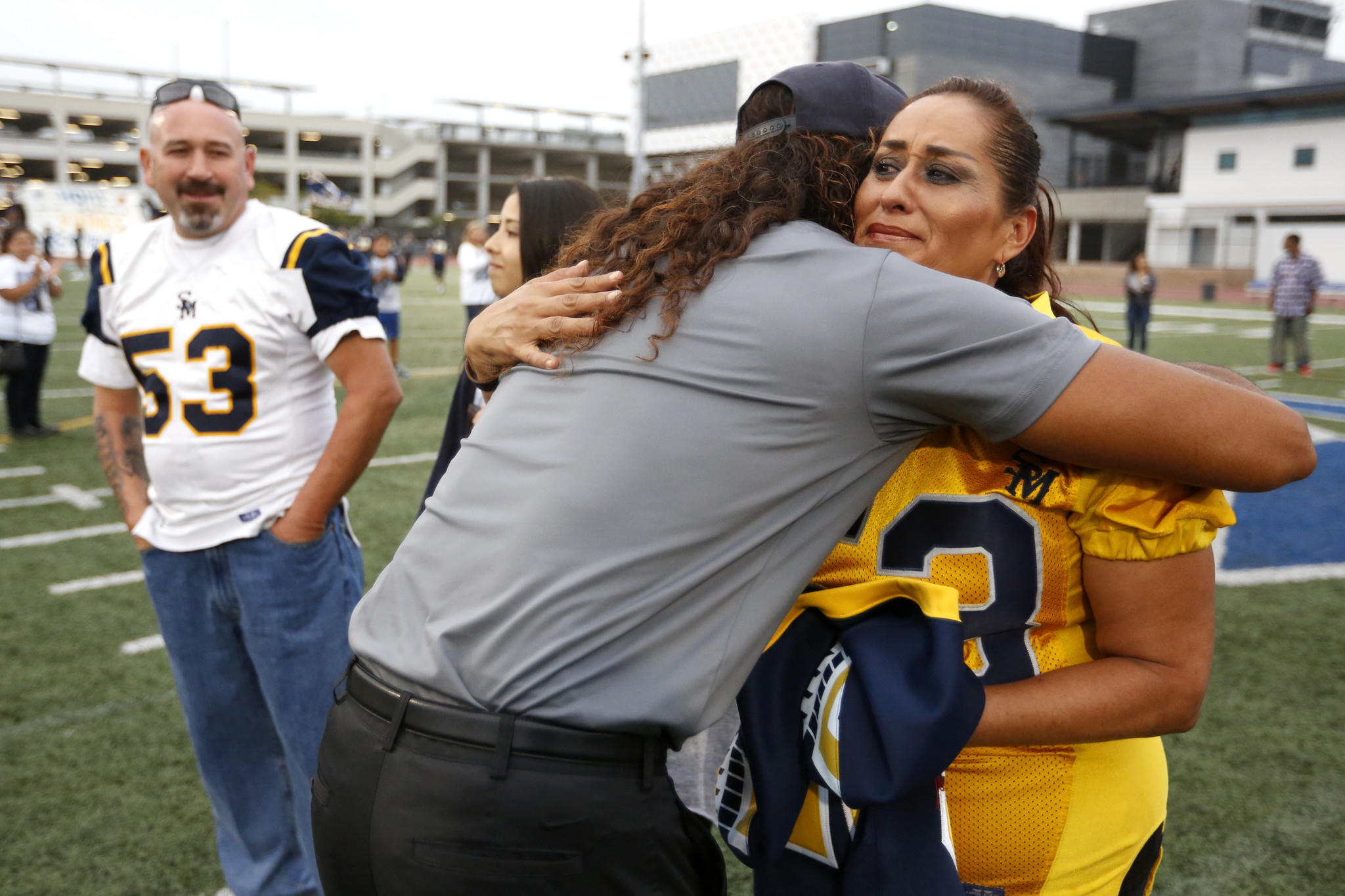 “It means so much that the school would do this for Juan,” his father, Jorge Castillo Sr., 46, said. “They’ve never done this before. Now he’ll always be a part of the stadium and the games here.”

Father and son shared a deep love of football and the Dallas Cowboys, so much so that Jorge Castillo Sr. had the team’s logo tattooed on his shoulder. After Juan's death, Cowboys owner Jerry Jones sent the family a letter and a signed football from the team.

And Jorge Castillo Sr. has new tattoos: Juan’s name and face are now prominent on his arm. 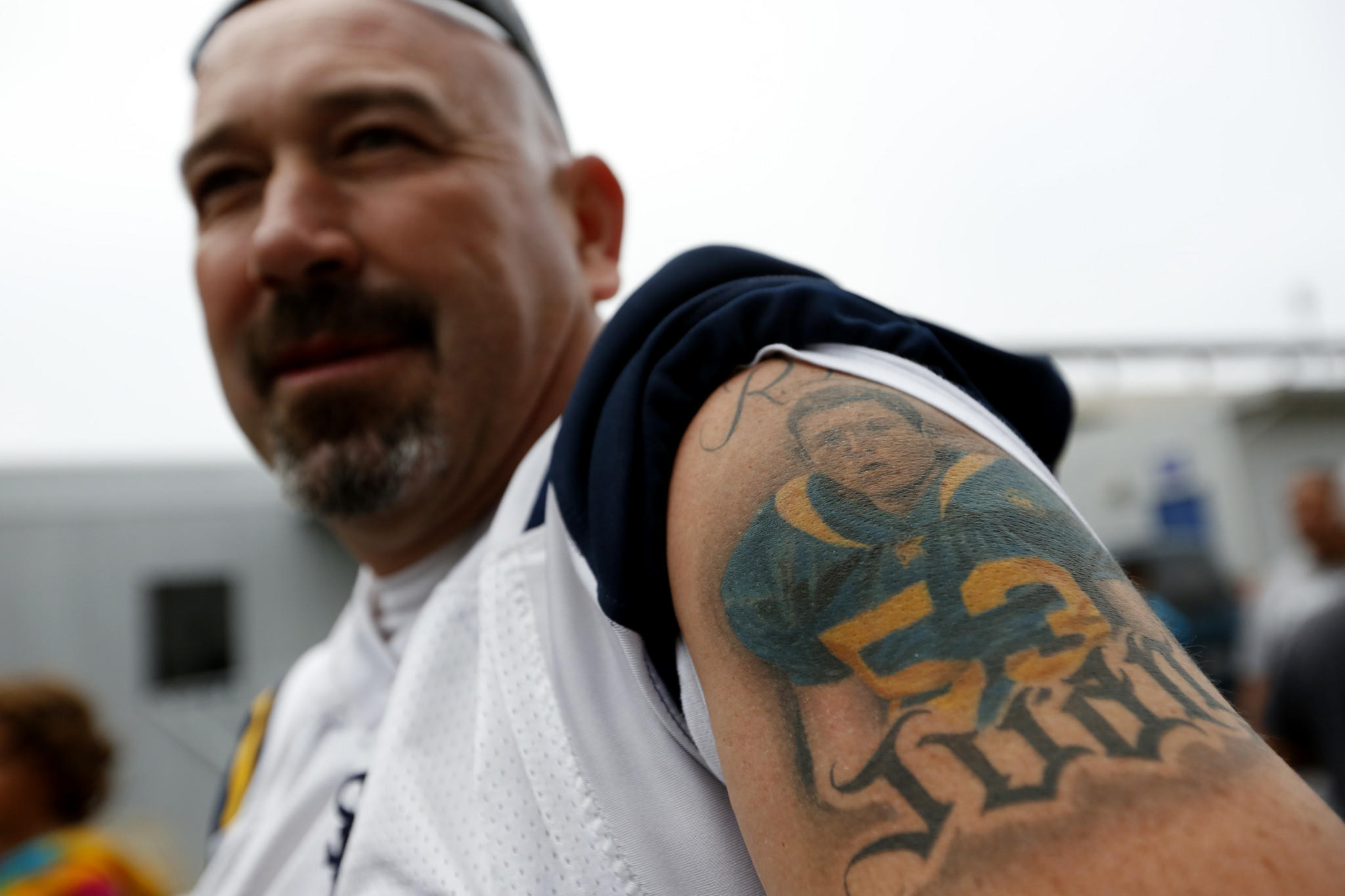 After the ceremony, Jorge Castillo Sr. watched the game from the front row. Though the Vikings lost 39-0, he watched with a grin.

“It’s not the best outcome, but I’m just glad what they did for my son," he said. "That’s something nobody can take away.” 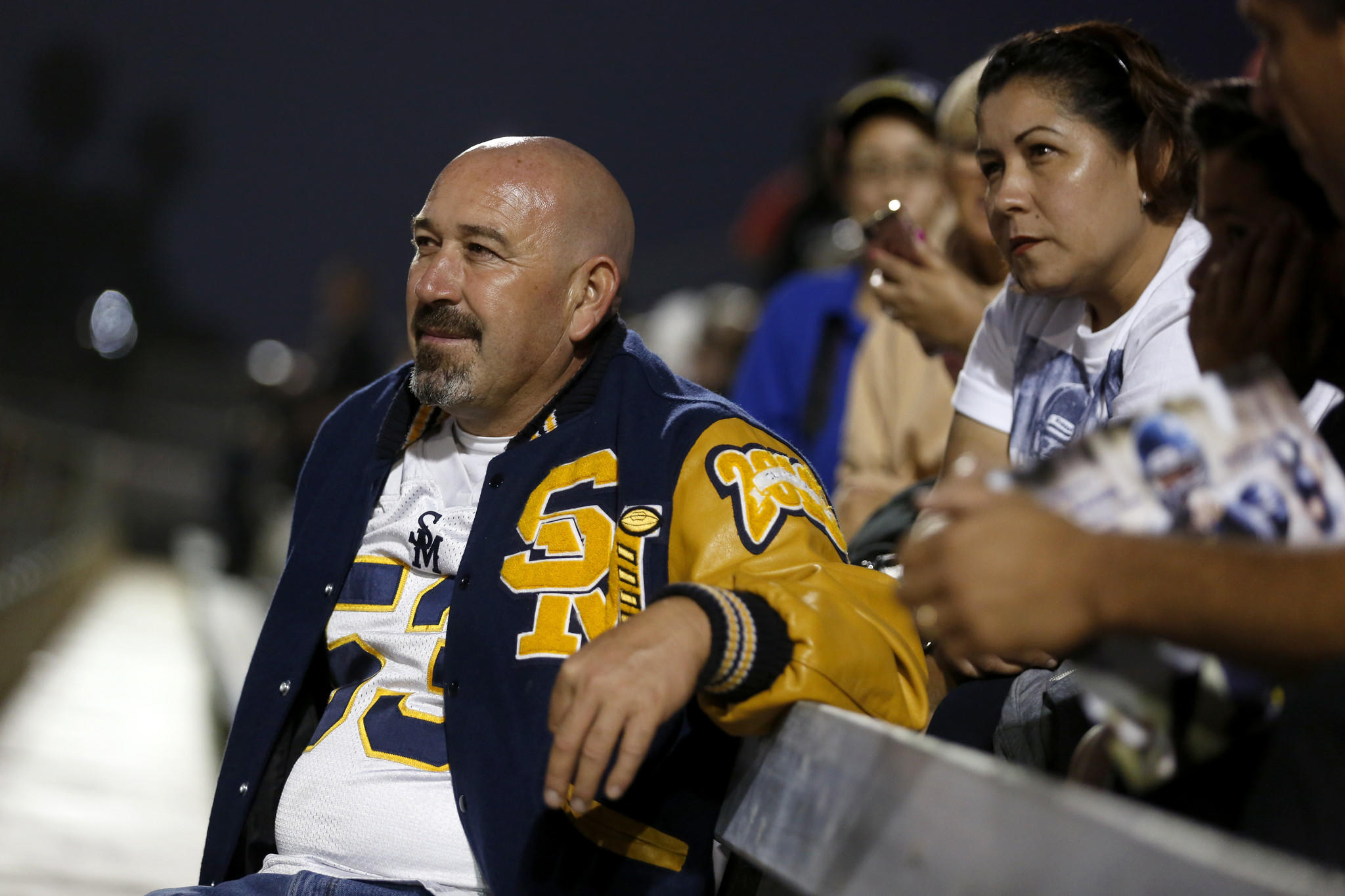 On behalf of every Viking to ever step on our campus, and certainly from those of us who played football for SMHS during our time there, our sincere condolences on such a tragic and senseless loss. May healing mercies find their way to you and all who knew Juan. Samohi Nation feels for you.

So sorry 4 your loss, what an honor 4 u son 2 be enshrined at his at his school. I pray that u all will fight the fight of faith n not his death b n vain. To have lost a child is something I haven't experienced but your perserverence is a testament of your character, Go Cowboy's, n thanks 2 jerry jones 4 his kindness, the Devil is a liar...God got u all