'I had boats, money, cars, but I would trade that all back for my son' 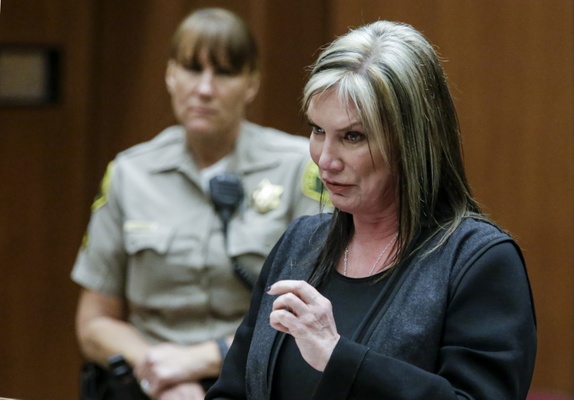 When Kathy Caufield heard her son screaming on the other end of the phone that day in May 2009, her Texas lake house with its Zen decor and her high-powered corporate career suddenly became meaningless.

Her own screams reverberated off her high ceilings as she heard the three fatal gunshots.

“I had boats, money, cars, but I would trade that all back for my son,” Caufield, 57, said recently. “I was living the dream, and just like that, it all fell down to pieces.”

In the seven years since the killing, she has traveled frequently to Los Angeles for the trial of Daryl Anthony Sconiers, 32, and Kenyon Aikens, 31. Last week, the men were sentenced to life in prison without the possibility of parole.

Kathy Caufield was on the phone with her son throughout the attack.

“A mother hears their child's cries when they are born. I was not supposed to hear my son’s last cries before he was shot dead,” she said Friday in court. “I wake up every night hearing his cries and the gunshots that ruined my family's lives forever.”

Kathy Caufield was 19 when she left her family in Oregon and moved to California. The single mother worked at a bank and within 10 years had risen to the role of vice president.

Brian was her rock then, she said. Although she spent many hours away, she said, her son rarely complained. And he was a source of support while she was pregnant with her second child.

“He said, ‘Mommy, it’s gonna be OK. We’re gonna be just fine,’ ” she remembered. “He was 10 years old at the time, and I was a single mom. But he seemed to know what I was feeling and said exactly what I needed.”

She later moved to Texas for another job opportunity that required frequent travel. For nearly 10 years, she relied on her son to stay at home with his sister.

When he was 24, Brian Caufield moved back to California to attend sound recording school. He called home often; his mother would try to call back between business meetings.

“He would always say, ‘You work too much. You’re too busy,’ and maybe I was. But it was where my life was at the time,” Kathy Caufield said. “I didn’t take him for granted, but I wished I took time to cherish those moments more.”

After her son’s death, she left her time-consuming job and is now running a plumbing business. A few years ago, she also sold her lake house and downsized.

“Material things don’t mean anything to me,” Kathy Caufield said. “I’ve had a lot of time to reflect on what’s important, and I’m going to hold on to my family and friends.”

Now she is focused on maintaining the slight relief that her son’s killers are behind bars for life.

“They will appeal, and I will be there in court every time until I die,” Kathy Caufield said. “So they can bring it on. I’m not going anywhere.”

If you look around the Homicide Report, you will see numerous features on people of all races and ethnicities.

I wish the best for Mrs. Caufield.

how come white people get the nice big story but blacks and Mexicans are just another statistic. this guy here has a nice long story