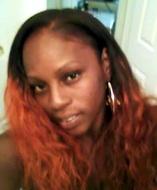 Officers said they received a call early Sunday morning of a suspicious vehicle stopped near West Manchester Boulevard and South Inglewood Avenue. When they approached the car, they noticed the woman in the car had a gun and ordered her and a man out of the vehicle, said Scott Collins, a spokesman for the Inglewood Police Department.

Officers then took cover and opened fire, killing Michael and a  32-year-old man, Marquintan Randell Sandlin. No officers were injured.

Collins would not say whether the pair had refused to exit the vehicle or if the woman fired or pointed the gun at police officers.

Michael was pronounced dead at the scene at 3:11 a.m.

The next day, Michael’s family said that the woman was a doting mother of three who never owned a gun. Relatives gathered for a news conference where the shooting occurred and said they have asked for more answers from police but have not been satisfied.

Community activist Najee Ali said that possession of a gun did not give the officers the right to open fire.

“Even though she may have had a gun, that does not mean she was a threat to officers,” said Ali, director of Project Islamic H.O.P.E. “To this day, police officers have not said whether she pointed the gun at them or if she was a threat. ... Also, her friend, her companion, was unarmed. Why was he shot?”

At the corner of the 7-Eleven parking lot where the shooting took place, about a dozen family members and friends gathered to remember Michael, who was visiting Los Angeles from her home in Las Vegas.

“I feel she was gunned down,” said Trisha Michael, who lives in Inglewood. “She never owned a gun. I feel like they are not telling us the whole story.”

Relatives said Kisha Michael returned to California last month to attend to personal business. She was planning to return to Las Vegas.

The day before she was killed, she attended a baby shower and a friend’s birthday party. She left her three sons, ages 11, 10 and 3, with a neighborhood friend. They do not know how she ended up dead just a few minutes away from her sister’s Inglewood home.

After the news conference, some relatives went to the Inglewood Police Department headquarters demanding to speak with the chief of police. Others stood on the corner collecting donations for the funeral.

One held a sign that said, “Murdered by Inglewood Police,” and another shouted: “It could be your child next. You never know.”

Share a memory or thought about Kisha Shelly Michael

That is murder no matter what justification they police try to find behind it. Our babygirl, now our angel. Took too soon for no reason. Still no justice in my heart. I love you always. Watching the boys grow up is the biggest blessing we could have received during this earth shattering life changing tragedy . Miss u Kish my heart still hurts ❤ XOXO

Wow...this story makes absolutely no sense. Somebody is definitely lying. I guess they need time to get their story together, right? That's LA. SMH

She was a great person.. Really go be missed.. Love u..

She was shot and killed by the Inglewood police department while in the car with her boyfriend. They say she had a gun but we are waiting for the police department to release an official statement so the video that was taken that early morning can be released and it will show the police can not be trusted!!!!! This has to stop! Killing innocent black people and trying to say she Was armed is way different from the video I've seen!!!