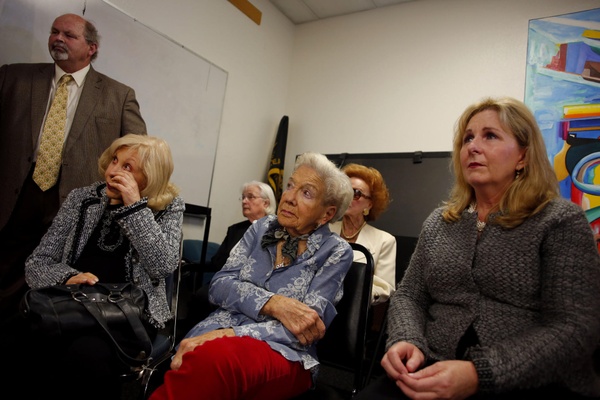 Antonia "Toni" Yager exuded elegance. She dressed "to the nines," always had her hair styled and her nails painted. She never lost her Dutch accent from her upbringing in Holland.

On a recent evening, Yager, the widow of a retired Los Angeles County Superior Court judge, stepped into the Wilshire Country Club dressed in a pink suit with black trim. Yager, 86, a retired nurse and philanthropist, was celebrating some good news after a recent health scare. She laughed with friends, a cosmopolitan martini in hand.

That night, Dec. 21, was the last time friends saw her alive.

About 3 p.m. the next day, a neighbor took her pastries and a baguette. She knocked on the door, but no one answered, so she began calling Yager's friends.

Hours later, Yager was found stabbed to death in the bedroom of her 3,400-square-foot home.

The crime has stumped friends and family, and now police are turning to the public for help.

"We need somebody to come forward," LAPD Det. Kevin Pierce said. On Thursday, police held a news conference to announce a $50,000 reward.

Yager's relatives are overseas, so about a dozen of her friends attended in their place, all baffled and saddened by the slaying of a woman they called generous and kind. 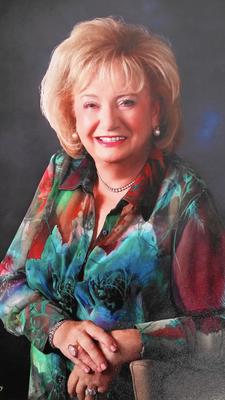 Police believe that the attack took place between 6 a.m. and 3 p.m. There was a coffee cup left in a breakfast area along with a plate of crumbs.

There were no signs of forced entry, and police do not know whether anything was taken from the home in the 100 block of North Beachwood Drive. The back of Yager's home faces North Gower Street, and Larchmont Village is two blocks away. A security system was usually set only while Yager slept.

Yager also lived within walking distance of Haas & Co Hair Design, which she visited on Wednesdays and Saturdays. She enjoyed the company of the women who worked there.

Cardinale met Yager when she began working at the salon about 25 years ago. The two immediately clicked.

"She was a friend, a client and a mother to me," she said.

Yager told Cardinale about her upbringing in Europe. She was a child during the Nazi occupation and her family had to steal potatoes from the fields in the middle of the night. At times, her mother burned furniture to keep them warm.

Yager became a nurse, and moved to the U.S. in 1959 after reading a brochure asking for nurses. She moved to Santa Monica, where she eventually met her future husband, Judge Thomas C. Yager, who was a neighbor. The two were friends for decades — they didn't marry until the early 2000s when Antonia Yager was in her 70s. Cardinale styled her hair for the ceremony.

Yager's husband had lived through heartbreak in the 1960s.

In 1965, his wife of three days disappeared while he was below decks on a small boat heading to Newport Beach from Santa Catalina Island. "I never want to look at another boat as long as I live," he told The Times after the death.

The mystery surrounding his wife's disappearance came up in elections the next year.

"It bothered her to no end that people would disparage him," Cardinale said of Antonia Yager. She said Yager defended her husband, whom she loved "very, very much."

"She even told me it was his hesitation about even getting married," she said.

After the judge died in 2008, it was hard for Yager, who had taken care of him for years.

She decided to do more traveling, and she and Cardinale went on an Alaskan cruise. Yager loved the ship's fine dining and the high tea with dainty cups and cucumber sandwiches.

"It was a lovely memory together," Cardinale said.

Yager was also friends with Shar Penfold, whom she met through the Assistance League of Los Angeles. Penfold encouraged Yager to be more social, and in recent months, she seemed to be coming out of her shell.

The two visited Balboa Bay, which Yager loved, and they often went to dinner together. Yager talked about possibly visiting relatives in Holland this year.

"You would never think she was 86," Penfold said.

Cardinale called Yager the "great dame" of Larchmont Village. She knew people at the flower shop, the bank and the Starbucks. She donated to numerous organizations, including food pantries, a veterans' organization and local universities. At the end of the year, she would walk into the salon with bags of calendars from the various groups to which she made donations.

She had two cats, Chelsea and Jack, and often fed other neighborhood felines. She even had electric blankets in her backyard to keep the cats from getting cold. She left a provision in her will for a shelter to take in some of the cats and not euthanize them.

Her generosity, coupled with the way she died, is heartbreaking to John Franklin, her financial advisor. 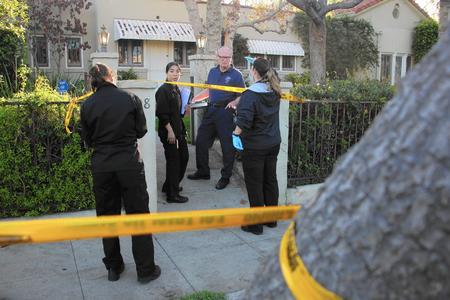 "She would have just given them what they wanted," Franklin said through tears.

When Cardinale went back to work after the killing, she asked another employee to erase Yager's upcoming appointments from the calendar. It was too much to bear.