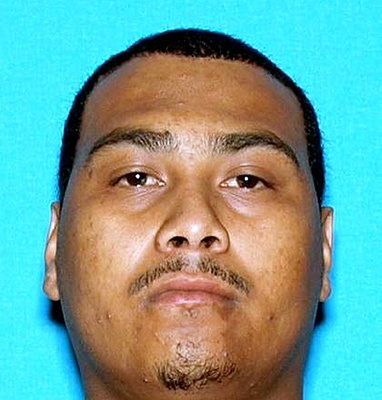 A suspect has been identified in the shooting death of a Lancaster man after a dispute about who would pay for injuries to his dog.

Michael Lamont Davis, a 22-year-old black man, was shot at least six times on June 26 by a man who had run over his poodle earlier in the day, according to Los Angeles County Sheriff’s Det. Tim O’Quinn.

After his dog was hit by a white, 1985 Chevy Blazer, Davis ran after the truck, demanding that the driver help pay the medical expenses for his injured pet, O’Quinn said.

The driver, identified as Demonte Antone Thomas, a 27-year-old black male from Lancaster, allegedly exchanged words with Davis and then sped away.

O’Quinn said Davis took his dog to a veterinarian’s office for treatment. Davis had just returned to the parking lot outside his apartment in the 600 block of East Avenue H-14, when Thomas returned and allegedly shot him multiple times.

Davis was pronounced dead at the scene. He lived with his girlfriend, who is pregnant, and their son, according to a Sheriff’s Department news release.

O’Quinn said the family’s poodle died from its injuries.

Thomas has a “fairly extensive criminal record, including violent crimes,” O’Quinn said, and should be considered armed and dangerous. Investigators believe Thomas is on the run but in Southern California, he said.

His white Blazer has the California license plate number of 5GIT365.

What a coward, he went to retrieve a firearm to settle a problem too chicken to face his victim without a weapon.