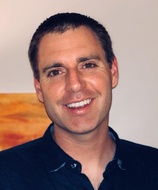 Beaudette was shot inside his tent about 4:45 a.m. while he was camping with his two young daughters, ages 2 and 4, in the 1900 block of Las Virgenes Road in Calabasas, according to the Sheriff’s Department.

Beaudette was pronounced dead at the scene at 5:21 a.m., according to coroner’s records.

Sheriff’s Lt. Rodney Moore said investigators are trying to identify the assailant and are sifting through evidence from the scene for leads.

Beaudette was a renowned scientist who worked in pharmaceuticals. His family said he loved cooking and microbrews.

He was married to his high school sweetheart and was “happiest out in nature,” they said.

“His selfless devotion to his children came naturally, and Tristan found true joy in all aspects of being a father,” the family said. “The grief and trauma this loss has caused our close-knit family is indescribable.”

After the fatal shooting, the Sheriff’s Department said it is reviewing three unsolved shootings in the area. Few details were available about the earlier shootings, including whether people were injured.

Those incidents were in addition to two shootings that occurred on Nov. 3, 2016, and January 2017, The Times reported.

Nishida said she could not say how many shooting reports have been made in the area as some could have been handled by state rangers inside the park’s boundaries.

A state parks spokeswoman said the department could not provide any numbers on prior shootings and it had turned over whatever information the agency had to homicide detectives.

Moore, who is overseeing the latest investigation, said that detectives had no evidence connecting any prior shootings to Beaudette’s death but that they also could not rule out any potential links.

Beaudette, of Irvine, was camping to allow his wife, an Orange County obstetrician, some quiet time to study for an examination. He was accompanied by his brother-in-law and his two children, who had their own tent.

Pam Wu, Beaudette’s sister-in-law, said in a Facebook post that her husband, Scott McCurdy, was with their two young sons on the camping trip with Beaudette and his children.

Those who responded to the scene were told by campers they think the shot came from a distance and pierced the tent, according to sources who spoke on the condition of anonymity because they were not authorized to comment.

Sheriff’s officials declined to describe the specifics of the shooting.

A coroner’s spokesman revealed Wednesday that Beaudette was shot in the head.

In a statement, Nishida added, “Malibu/Lost Hills Station has previously increased patrols in the areas nearby following the prior incidents, and has canvassed the surrounding residences in an effort to obtain any workable information. Deputies will continue to maintain a highly visible presence in the vicinity to ensure public safety.”

The Beaudette family had been preparing to move to Northern California. A GoFundMe account has raised more than $100,000 for the family.

Do you have information to share about the life of Tristan Thomas Beaudette ? The Homicide Report needs your help. Please fill out this form or e-mail us at homicidereport@latimes.com.

Share a memory or thought about Tristan Thomas Beaudette