Javier Barraza Miranda, a 35-year-old Latino male, died Sunday, Sept. 1, after being shot near the 7700 block of Somerset Boulevard in Paramount, according to Los Angeles County Medical Examiner-Coroner's records.

Alvaro Castro, a 41-year-old Latino, was fatally shot Wednesday, May 9, in the 6500 block of San Juan Street in Paramount, according to Los Angeles County coroner’s records.

Deputies found Castro, who had been shot multiple times, lying by the path near the end of San Juan Street, Alfred said. He was pronounced dead at the scene at 5:39 p.m., according to coroner’s records.

Investigators think Castro was riding on the bike path when he was shot. His family lives nearby, Alfred said, and Castro had a long association with the area.

Investigators haven’t found anyone who saw the shooting. “They did see people fleeing the area,” Alfred said, “but whether they were running from fear or because they had shot him still has to be determined.”

Castro’s death was the …

Jorge Alberto Esteban, a 22-year-old Latino, died Wednesday, May 9, after he was shot in the 14700 block of Texaco Avenue in Paramount, according to Los Angeles County coroner’s records.

He was taken to a hospital, where he died at 5:22 a.m. the following day, according to coroner’s records.

No one saw the shooting, Alfred said, but residents heard gunfire and reported seeing a dark-colored sedan speeding away.

Investigators don’t know whether the shooter was in the car or on foot and think the attack was gang-related.

Esteban lived not far from where he was shot, Alfred said.

Anyone with information is asked to call the sheriff’s Homicide Bureau at (323) 890-5500. Those wishing to remain anonymous should call Crime Stoppers at (800) … 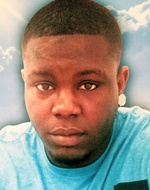 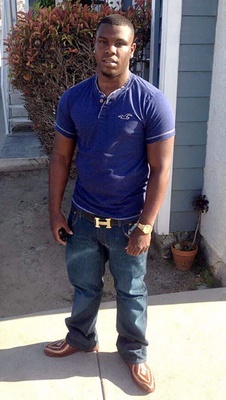 Macvell Holmes, a 26-year-old black man, was shot and killed Sunday, Nov. 5, in the 8600 block of Somerset Boulevard in Paramount, according to Los Angeles County coroner’s records.

Holmes was in his car outside his apartment complex about 1:40 p.m. when he was shot by a man who drove up in a red Lexus, said Los Angeles County Sheriff’s Lt. Rodney Moore.

Holmes was pronounced dead at the scene at 1:46 p.m., according to coroner’s records.

Holmes grew up in Compton and graduated from Leuzinger High School in Lawndale in 2009, said his cousin Jenay Stephens. He had a 5-year-old daughter and helped support his grandmother, who had raised him from birth, Stephens said.