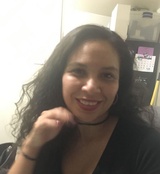 Zindy Carolina Gonzalez Escobar, who was also known as Carolina Medina, a 31-year-old Latina, was killed Thursday, Nov. 22, 2018, in the 7500 block of Enfield Avenue in Reseda, according to Los Angeles County coroner’s records.

Shortly before 11 a.m., officers from the Los Angeles Police Department were called to an apartment regarding a suspicious death, according to a news release from police.

Officers determined that Escobar had suffered from “blunt force injuries” that resulted in her death.

Escobar was pronounced dead at the scene at 11:01 a.m., according to coroner’s records. The coroner's office identified Escobar as Carolina Medina.

Escobar’s boyfriend, who is also the father of her child, was interviewed by police. Police said that the man, later identified as Ricardo Sauz, a 35-year-old Latino, “confessed to causing the victim’s death,” according to a police statement.

Police said that Escobar and Sauz have a “history of domestic violence.” …

Police were called about 11:28 a.m. to a storage shed that had been converted to a home and found an unconscious Vallecillo, who had suffered blunt force trauma, according to Los Angeles Police Det. John Doerbecker. She was pronounced dead at the scene.

Doerbecker declined to say how Vallecillo had died but said that before the killing, she had gotten into an argument with her live-in boyfriend, Marcelino De Los Santos.

De Los Santos, a 51-year-old Latino, was charged with one count of murder in connection with Vallecillo’s death, according to the Los Angeles County district attorney’s office.

De Los Santos has a previous felony conviction, according to prosecutors. In 1994, he was convicted of gross …

Cristian Aldair Lainez, a 23-year-old Latino, was fatally shot Sunday, Nov. 26, in the 6700 block of Reseda Boulevard in Reseda, according to Los Angeles County coroner’s records.

Lainez and a male friend went to Melody’s Mexican Kitchen to buy food that afternoon, LAPD Valley Homicide Det. David Peteque said. The two men brought their food out to Lainez’s car, Peteque said, and while they were sitting in the parking lot, another car pulled in behind them.

A person got out of the newcomer’s car, walked up to the driver’s side of Lainez’s car and began shooting, Peteque said.

Lainez, who was sitting in the driver’s seat, was struck by gunfire. He was taken to a nearby hospital, where he was pronounced dead at 4:55 p.m., according to coroner’s records.

His friend was not injured, Peteque said.

Investigators think Lainez, a Reseda resident, was targeted for the shooting, but they don’t have a motive.