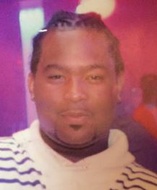 DeAndre Dercell Hughes, a 30-year-old black man, was shot and killed Sunday, July 17, in the 900 block of East 120th Street in Green Meadows, according to Los Angeles County coroner’s records.

Shortly before 7:30 p.m., Hughes was in standing in a frontyard with another person when two others approached from the street and began shooting, said Los Angeles Police Det. Nate Kouri.

People in the area came outside to help Hughes, who was taken to a hospital where he was pronounced dead at 7:53 p.m., authorities said.

Detectives believe the assailants got into a white sedan. Police believe that Hughes was not the intended target in the shooting.

For the past eight years, Hughes worked at Cedars-Sinai Medical Center as an environmental services technician, cleaning patient rooms and taking out the trash.

Hughes woke up each morning about 4 a.m. to be at work by 9. He liked to be early, and often volunteered for overtime shifts, said Renadeau Graham, who worked with him.

Hughes was popular at work. He was “always in a good mood, always smiling,” Graham said, and the two often lunched together.

If Graham couldn’t make lunch, Hughes would bring her food.The two sometimes talked of going back to school – Graham to be a nurse and Hughes to be a surgical technician.

“He still had goals that he was trying to reach,” Graham said.

As the news of Hughes’ death spread this week, Graham said the hospital brought in grief counselors for the staff.

“Everybody is heartbroken,” she said. “They can’t believe it.”

On Sunday afternoon, Hughes' mother drove to Hemet for her sister’s 50th birthday. As Barbara Pritchett-Hughes was in the kitchen making macaroni salad, she received a phone call from a family member.

“DeAndre just got shot and he’s laying down by the house,” her cousin told her.

Pritchett-Hughes' mind flashed back to nine years ago, when her 15-year-old son, Dovon Harris, was killed. She prayed. “Lord, please don’t let this be like the last time.”

FOR THE RECORD: A previous version of this post said that Harris was 16. He was 15.

Share a memory or thought about DeAndre Dercell Hughes

Crazy I clicked Bros pik because I'm looking at him like who would kill bro,he looks so square.Then I see how much love and respect he had out here.Sad.These scumbaggs are killing people with a life and who are loved out here because they don't give that a lick of thought because no one loves them including theirselves and don't have anything to live for.i don't even allow my kids to go outside because of this tyme of bs.R.I.P.Bro f#!$ up u had to go thru what u did behind a nuthn a!# dude.Hopefully they'll catch da bums

Missing you on a daily.. longlivespeedy..

Forever your Sis/ride or die Brittney

Forever in my heart..
#longlivespeedy!!!

I love you cousin

He wasn't a gang member?

Life stolen by a coward for no reason my Brother didn't have no enemies he got alone with everyone real talk. I love you Speedy with all my heart I will forever cherish and adore you Big Bro..
I'm missing you like crazy, my heart is Broken :( I know you in a better place so I made peace with that but the way your life was stolen from us is unacceptable!!!

Love u Bro your sis Brit

My condolences to Deandre's family he was a great friend. I will always cherish the years that we shared. He will truly be missed and will always live in my heart. RIP #longlivespeedy.

What a loss...my condolences to DeAndre's family and friends. Rest in peace, sir.

I'm at a lost for words my nephew didn't deserve this. RIP SPEEDY

First and foremost let's give honor too our Lord and savior jesus christ. My nephew was a great guy he will always be in my heart if you knew him you would say so yourself that he was a funny person just like his uncle we haft too continue to pray for my sister she is a wonderful God fearing lady we want peace not retaliation we will continue to pray for who ever did this God said vingance is his

Ever since I found out about this I've been trying to wrap my head around the why. I didn't know DeAndre well but he is my family. My heart aches for his parents, his sister, and his friends especially after reading how amazing of a person he was and will always be. My last vivid memory of him was him with a wide smile on his face and I hope that is the memory that all of us will keep with us.

It's time to let our sadness and anger fuel our passion to catch those responsible for not only his murder but the murders that are happening DAILY in Los Angeles. We need to put pressure on these cops to start solving these types of crimes regardless of the media coverage or not. The more that people feel like they can get away with taking the life of an innocent person without being caught this vicious cycle will continue.

We need to be the voice for DeAndre. We need to help make sure that all eyes are on the investigators and the policemen to not sweep his murder under the rug. When these murders go unsolved, it gives the person or persons responsible another opportunity play God and take the lives of citizens and residents who are responsibly contributing to our society, leaving us behind to coexist with these cowardly domestic terrorists.

I pray that peace will be bestowed on all of those who knew and loved DeAndre and that his murderers are bought to justice before they have the ability to rob us of another bright light.

Love u speedy a fallen soldier💜

Speedy will truly be missed. He really didn't deserve to have his life cut short by cowards.
It sadden my soul when I got the news. The lives that this tradey has effected. Our community & close net family 120 block can't take anymore. My hearts goes out to MRS. Barbara & family you are all in my prayers.

I will never understand...RIP my lil hog, Auntie Bev loves you, you will truly be missed :(
God please help us all. When will it stop...
Barbara and family I will be keeping you in my prayers.

Tonya Staten did I miss something? Why are you appearing to blame the cops for this death?

As for Black Lives Matter...that's a whole different discussion.

I'm just loss for words Speedy a young man who did not deserve this you will be truly missed. My heart goes out to the family. Barbara Hughes Pritchett I love you sis.

This article speaks in volumes of his life! Overwhelming compassion & sympathy to his family and friends. So young with ambition to thrive, grow and lived life by putting on smile on everyone's face is his iconic heroic stamp! My condolences to his family & friends and may your hearts be filled with his spirit, smile, laughter, love, memories and all of the goodtimes you shared with him while here on earth and know that you'll meet again in the Internal life!

DeAndre you will truly be missed. Thank you for the lives you touched. Forever loved and missed. Lord please comfort his family and Cedar Sinai family.

He always made me laugh, if it was encouraging me to get healthy and do the culver city stairs with him or everytime he got his dreads tighten up (which he always came to see me so I can check them out) , or if it was us talking about God.

He will be missed!

DeAndre was a very kind and cheerful young man. I talked to him often about returning to school and he was very passionate about pursuing his dreams. I am truly heartbroken by his death! We will all miss him!

This broke my Heart. Mad at myself 4 rushn thru the hallway at work & not stopping 2 give him a hug when it lookd like he wantd 2 chit chat last week. Life is too short. This was a good dude still tryn 2 make good decisions n life. Always Happy/Smiling. Hopefully they will catch who did this. These young gangs need a whole lotta Love, home training & education coming from broken homes. Cops R supposed 2 b already educated & trained, so Yes #BlackLivesdoMatter.
DeAndre man RIP Angel.

The news of you passing away come as a shocker! I used to work with Dre back at Cedar Sinai. I remember whenever Dre saw a patient suffering from pain, I can see it from his face that he feel bad about it. Dre told me once that he doesn't take or ask anything from anyone and because of that, you have my respect! You would be remembered homie! RIP my brother!

I known Dre for a few years and in those few years we became good friends and he was definitely someone you would wanna have as a friend really respectful and politel always talking about he's family and he's hobby was buying clothes shoes and playing dice with he's buddies I'm really saddened with all these bs I hope they catch the cowed that to him away from he's family and friends specially he's mom didn't deserve to burry her child .. We gonna miss Dre now we got another angel looking over us we love you bro

No questions just a comment...My heartfelt condolences and prayers go out to the family. May justice be served

Which gang claims that side of street/

This is so sad to hear. I worked with Deandre at Superior and when I tell you he was a out going person very friendly to everyone. I'm going to truly miss him. This have to stop innocent people getting killed. My prayers goes out to his family. Praying for strength. God bless

It's hard to believe that DeAndre is gone, It's been almost two years since he was with his mother helping to comfort me in my time of need as I was grieving the lost of my son. DeAndre was always happy and greeted me with a smile. I pray for his mother as this is the second time she's had to go thru this. Let us all pray for his family and all the families who are enduring this type of tragedy. Why do our young men have such a disregard for human life? Do Black lives really matter?

DeAndre will be missed. Such a beautiful young man. Senseless Gun Violence has taken another one of Gods Child.His future cut down so soon. Rest In Paradise. Continue to watch over your family .

I will forever miss you... #LongLiveSpeedy 😘😘

My Condolence Dwain & Barbara. I couldn't imagine what you went through 9 years ago with Pooh Pooh, and to have to go through it again is really unamaginable. My Prayers are with you and your Family

Such a beautiful soul!! He always and when I say always, ALWAYS had a smile on that face. DeAndre got along with everyone and was loved by so many. He will truly be missed.

My cousin was a special person to the whole family. He is going to be missed dearly. He was the life of are functions an gatherings. We love an miss him. R.I.P love one.

Rip My Nigga Speedy Tho Smh