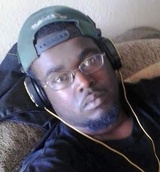 Dre’sean Harris, a 22-year-old black man, was shot and killed Tuesday July 7 in the 400 block of East Palmer Street in Compton, according to Los Angeles County coroner’s records.

About 10 a.m., Harris was standing the courtyard of an apartment complex talking to a 16-year-old when two men opened fire, said Lt. Eddie Hernandez with the Los Angeles County Sheriff’s Department.

All three victims were taken to a hospital, he said. Harris was pronounced dead at 10:40 a.m., according to coroner’s records.

After the shooting, the two assailants ran from the scene. Deputies did not release a more detailed description or suspect information.

Do you have information to share about the life of Dre'sean Demond Harris ? The Homicide Report needs your help. Please fill out this form or e-mail us at homicidereport@latimes.com.

Share a memory or thought about Dre'sean Demond Harris

There has to be more to all this homicides then meet the eye People don't just walk up and kill some one just for the hell of it or is it really that bad in LA..RIP

I skate the skatepark in the area and used to see him. He was a happy simple dude. My condolences to his family.

This is so sad. Someone needs to sit his killers in front of a firing squad and let them have at it. I don't condone violence with violence but it really pisses me off when innocent ppl are killed because of certain ignorant individuals.