'She was so loving': Hollywood shooting mystifies those who knew victim 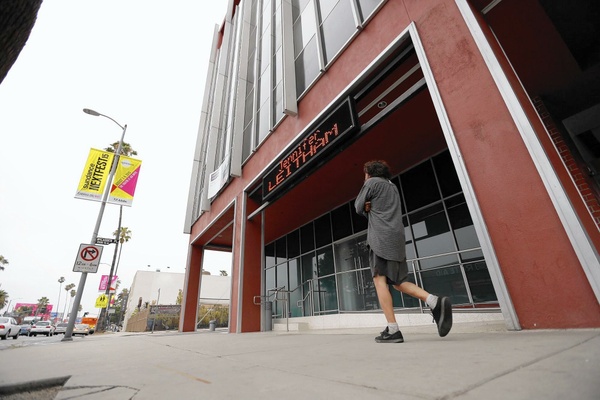 Bernie Melvin and his wife had spent hours in the silence of his daughter's studio apartment in the city where she had come to fulfill her dreams.

Her belongings were all still there: the photo of the blowfish from a trip to Maui, her cookbooks and the brown chair where her cat Fido loved to snuggle.

He knew that steps from the apartment was the spot where Carrie Melvin was shot and killed, and decided he had to go downstairs. He had to see where it happened. As he walked to the spot, he cried as rush-hour traffic whirred by on Sunset Boulevard.

On July 5 about 10 p.m., Carrie Melvin and her boyfriend were walking south on McCadden Place approaching Sunset when a man walked up from behind and shot Melvin, police said. The man then jumped into a dark-colored sedan and drove off. Melvin collapsed and died in her boyfriend's arms.

Police are still searching for the gunman and trying to piece together why someone would want to harm the 30-year-old, a gregarious transplant from Morro Bay. 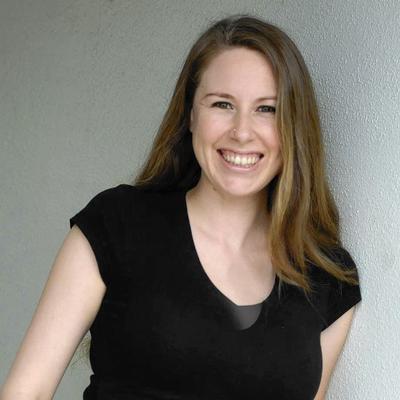 The killing has mystified those who knew Melvin, a UC Santa Cruz film and literature graduate who had carved out a life for herself in L.A. with various jobs. She had started her own media management company, waited tables, bartended, worked in the film industry and occasionally served as a hair model.

She was the type of person, friends say, who could strike up a conversation with anyone. It's how she met Moses A. Hill in a Hollywood pizzeria on Halloween two years ago. Melvin, who had light brown hair, green eyes and a wide smile, was dressed in a red flapper costume. Hill said he complimented her outfit and the two began talking. Hill said he found himself drawn to Melvin's energy.

"She really just took life by the horns and made things happen," Hill said.

More recently, Melvin and her good friend Colette von were working on a project to teach children healthy eating habits, called Food Fiesta. Both Melvin and von had an interest in healthy eating and had recently done a six-week cleanse together. Melvin, von said, helped her get through the diet, which limited salt, oil, caffeine and alcohol.

On the day she was killed, Melvin had reached out to churches to see if they wanted to work with them on the Food Fiesta project.

In recent years, von said, Melvin had become focused on her goals and would sometimes write them down or jot down inspirational quotes for motivation.

Melvin had written, "Be more interested than interesting," on the white board in her apartment. Always one for self-improvement, Melvin wanted to know how to be a better friend, and writing down the phrase helped her, von said.

"She had become really good at keeping her word," von said.

That proved true when Becca Russell, 33, got married two years ago. While other friends couldn't come to the wedding in Maui, Melvin made it a point to be there for her childhood friend — and even stayed a week to help out.

Russell said that hearing about Melvin's killing was devastating.

"There was nothing about Carrie that I would say was dangerous in any way," she said. "She stayed busy, worked hard."

And Melvin had street smarts too. When she moved to Los Angeles, she first lived in an apartment off Monroe Street in East Hollywood. Her father said she walked around and introduced herself to her neighbors. She made friends there.

"She knew they were going to watch her back," he said.

Bernie Melvin said he is comforted by the memory of his daughter telling him she loved her life and was the happiest she had ever been.

"I am so, so thankful she was with a man she loved, she worked that day and was probably happy and talking and using her hands," he said. "Thankfully, she did not feel a thing."

This article very interesting because of your writing skills and wonderful intelligence. Your Quotes collection is awesome.

This information is too good for all readers which they need to find out from the google thank you so much for giving this post.

I am so saddened by this senseless loss. I was so shocked when I first heard about this, every da I checked to see if there were any updates. I was glad to read that the FBI became involved and this case was solved in 20 days. It has been very scary thinking before this was solved that there was someone on the streets gunning people down at random. Although, I had a strong suspicion that she was targeted because her boyfriend was not harmed. Now to read that this horrible,disgusting person murdered this hope filled, wonderful girl over a bounced check? That is a misdemeanor for God's sakes. How someone can do something so heinous and think they can get away with it is unimaginable. He caused so much pain to so many people over this horrendous act. I only hope and pray that they give him life in prison without the possibility of parole. I also hope and pray that they cover the walls of his tiny cell with pictures of Carrie and her friends and family so he can see every single day for the rest of is life the anguish his actions caused. RIP Carrie they caught your killer and he will never have another moment's peace.

There is clearly much more to this story. people just don't walk up to people and shoot them point blank range and run to a car and drive off. I hope the truth comes out. sorry for this happened, she seemed like a pleasant young lady.

I have followed this story and it makes no sense that this young lady would be targeted. The only reasons are wrong person or gang membership initiation. These gang members sometimes must murder someone to show allegiance to the gang. This could be a plausible reason for this terrible crime. Notwithstanding, God bless her soul and her family.

This was a planned hit on someone and the gunmen mistook her for the person they wanted.