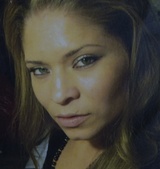 Klaudia Yesenia Alas, a 32-year-old Latina, was fatally stabbed Tuesday, March 24 in an alley in the 6600 block of Kester Avenue in Van Nuys, according to Los Angeles County coroner’s records.

Shortly before 8 a.m., Osmar Gomez called 911 to report that he and his girlfriend, Alas, had been stabbed.

Officers found Gomez, a 41-year-old Latino, bleeding from his neck in an alley. Alas was lying motionless on the passenger side of Gomez’s black Dodge truck.  Alas was pronounced dead at the scene, said Ed Winter, assistant chief of investigations for the coroner’s office.

Gomez told police that three Latinos in a black truck had attacked the couple. Police canvassed the neighborhood but found no evidence to corroborate Gomez’s account.

“I wanted to believe they had the wrong person,” said Rosaura Acajabon, Alas’ mother. “It had to be a mistake.”

On March 30, prosecutors charged Gomez with one count of murder with a special allegation that he used a deadly weapon – a box cutter – in the crime, according to a news release from the Los Angeles County district attorney’s office.

Share a memory or thought about Klaudia Y Alas