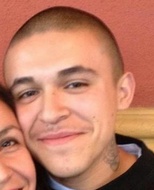 Officers were patrolling in the area about 6:23 p.m., as part of the department’s new focus on removing guns from city streets, when “they observed a vehicle code violation,” according to a department news release. The violation was not described.

The vehicle began driving through the neighborhood in a “suspicious and evasive manner,” according to the release. As the officers were preparing to conduct a traffic stop, the vehicle suddenly stopped in the middle of Long Beach Boulevard and a passenger later identified as Hurtado jumped out of the car and ran east.

The officers gave chase into an alley near 68th Street and Orcutt Avenue, about a block away. “As the suspect entered the alley, he produced a firearm, refused to drop it and an officer-involved shooting occurred,” according to the news release.

Hurtado was shot in the upper torso, and officers began providing CPR immediately after the shooting, according to the release.

Hurtado was taken to a hospital, where he was pronounced dead at 7:02 p.m., according to coroner’s records.

Investigators recovered a gun at the scene of the shooting. The driver of the vehicle has not been found, and investigators are not releasing a description of the driver or vehicle, according to the release.

Spokeswoman Marlene Arrona said the department would not provide more details outside of the release.

The department’s homicide division is investigating the shooting, and the Los Angeles County district attorney’s office is conducting its own independent investigation, as it does with all officer-involved shootings.

Do you have information to share about the life of Martin Rene Hurtado ? The Homicide Report needs your help. Please fill out this form or e-mail us at homicidereport@latimes.com.

Share a memory or thought about Martin Rene Hurtado

Martin is My Cousin and from my Memeories He Was Never the type to join those at the bottom who claim the streets and give themselves names to intimidate the rest and other so called gangs and all I can Say is Law enforcement officers should Never act off of the past or Use their Emotions of fear for their own life as that's why they carry a badge, how Are you able to protect and serve when you hold fear to do just that?? Knowing makes All the Difference and being part of law in any way you should of known that.... society offers fear in all the greatest ways and For that we all Drift in the gutters of this World....When part of Law You are not human, That's the Sacrifice, Death is Part of life...

RIP...No One deserves to die like this..God bless his soul. God Bless his family.

Rest In Peace to my dearest cousin Marty . Much love ..

Martin Rene Hurtado's decision to run is most likely influenced by his experience of seeing the outcomes if he doesn't run! The young mind see's things differently than a mature mind. He very well lives and sees the reality of what happens to young latino, black and native men while interfacing with law enforcement which nowadays more often ends in death with or without weapons or resistance! He was young, and vibrant, and most likely chose to take that risk! That risk should not have had to end this way. My prayers go out to his mother and family, I know your pain!

How about, "why didn't the cops just pull over the vehicle if they already had a reason to?" Why can't the officers say what the traffic violation is hmm? Because they haven't made one yet or because they don't want to get caught in a lie (in case someone videotaped it).

Let's try as you said, "looking at the whole picture here", what if the suspect really didn't have a gun at all? After all, he allegedly wasn't even pulled over at the time he got out and ran, so how was running from the police if there was no official contact?

I have cops driving behind me all the time, does that mean that I was being detained... ??

An officer has to make a show of authority in order for a person to be legally stopped. These officers had the chance to do that before he allegedly ran, but didn't choose to do so. Apparently, their suspicious behavior wasn't suspicious enough to warrant a traffic stop. Now was it?

I think it's a whole lot more than unfair... considering the shady details given here. They say the driver is still at large at this time but nbc news stated the driver came back to the girl-friends mother's house but her boyfriend did not.??? (hint- driver is not at large). So wait before you fry that fish, there seems to be something rotten about it.

I'm sure you couldn't because if you had, you wouldn't puke up this post for this family to read.

5) ""But it is common sense, This all could have been avoided if he would have not ran as if he were hiding something, We have to look at the bigger picture here!... Someone with kids of their own, why wouldn't he just surrendered?.. Only he and god knows why...""

Dear Gaby, we are so sorry & our hearts are breaking for you & your family. No one should die this way & I hope that one day you can fine peace.

Why would this guy run If he had nothing to hide?.. Why would he be carrying a gun if he was trying to "better his life".. It is not fair that the police killed this guy and I can only imagine the heart break of his family.. But it is common sense, This all could have been avoided if he would have not ran as if he were hiding something, We have to look at the bigger picture here!... Someone with kids of their own, why wouldn't he just surrendered?.. Only he and god knows why...

That is exactly what I thought when I read that post.

"There has to be more advocacy for youth to assist them to improve their lives and empower them. Police brutality is not the answer."

Hello,
My name is Gaby. I am Martin's
mom. Martin was a beautiful boy, he played piano, he loved basketball was great at math and was truly a good kid.
I miss him dearly, there are a lot of answered questions and this situation is tragedy. He didn't deserve this.
He was loved dearly by his family and had two beautiful sons that are now left without their father.
He was trying to get his life together, he truly was. He was the love of my life and I am heartbroken not having Martin around. I miss him so much.
There has to be more advocacy for youth to assist them to improve their lives and empower them. Police brutality is not the answer.