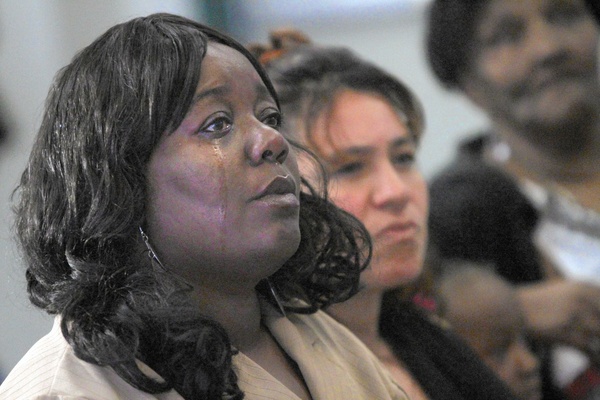 How effective are the rewards offered in homicide cases? Payouts are rare, but detectives say they still believe in them, and politicians continue to approve them.

In the LAPD's latest reward announcement, $50,000 was offered Thursday for information in the shooting death of Moses Nelson, a 32-year-old father of three who was gunned down by an assailant on a bike in November.

It is the third reward announced this month for tips in homicide cases. On Feb. 5, $50,000 was offered in the case of Antonia "Toni" Yager, who was stabbed in December inside her home near Larchmont Village. A day later, the city and the Police Department announced $75,000 for information in the killing of Bert Crump Jr., 17, who was shot Aug. 22 in Vermont-Slauson by a gunman on a bike.

In the Nelson case, an image of the bike-riding gunman was captured on video.

"Other than that, our leads kind of ran dry," LAPD Det. Leonardo McKenzie told a room of TV cameras and reporters Thursday morning.

That's when investigators may turn to the public for help.

"We get some of these that are complete whodunits," said LAPD Det. Richard Arciniega, who is investigating the Nelson case.

Still, in 16 years of working homicide, he said, he's paid out rewards only twice. In many cases, rewards come with the caveat that the information must yield results.

"Fifty thousand dollars to a lot of people is a lot of money," Arciniega said. The money, he added, can help someone leave a rough neighborhood.

In Los Angeles, a reward typically starts with the investigating detective, who puts in a request to the City Council. Detectives say the victim doesn't have to be one whose case generates significant attention or to have been killed in a posh part of town. The reward amounts vary depending on the circumstances, and the council usually approves the request.

"As an elected official, if you've got this tool in your toolbox, why not use it?" said Connie Llanos, a spokeswoman for Councilman Curren Price, in whose district Nelson was killed.

Sometimes, a news conference is held to announce the reward. If authorities have additional evidence, such as video or a sketch, they may release it in conjunction with the reward offer.

In the Crump killing, police released footage of a man on a bike who is believed to have been the shooter. In the video, Crump runs through a neighborhood, followed closely by the bicycle rider. 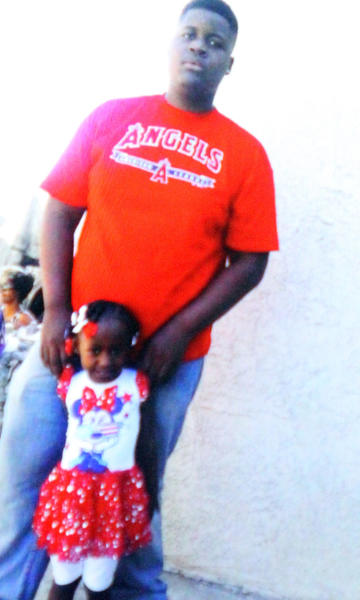 "To see my son running for his life like that, it just broke my heart all over again," Tawona Lee, Bert Crump's mother, said. "I know my son didn't deserve to die like that."

In the days after the shooting, LAPD Det. Eric Crosson and his partner walked the streets near Raymond and West Gage avenues and even stopped traffic to pass out fliers. But it wasn't enough to get a viable lead.

In seven years of investigating homicides in South L.A., Crosson said, he's never paid out a reward. But he still uses them.

Crump, who was visiting his grandmother shortly before the killing, didn't have any gang ties. He didn't live in the area. Police believe he could have been shot because of where he was — the intersection of two gang territories — and the color of his T-shirt, red.

The reward in Crump's killing is higher, $75,000, because when Crump was trying to run away from the gunman, he jumped into a 73-year-old man's car and asked him to go faster. The man was also injured and briefly hospitalized.

For a grieving family, a reward can bring hope.

"Without that, I don't think anybody will stand up and say what happened to my son," Lee said. "With a reward, it's a real big help."

It's amazing how l.a can be so beautiful sunny,palmtrees,and in a instance be yo worst nightmare running from a gunman heartbeat going fast it's no joke hands down its a cold war on these streets people don't realize how serious the gang problem is until they become a victim.

Yes that is very true maybe the kid on the bike rides to local stores to buy cigars, sidas, and other snacks. He may ride his bike to the local eating spots in that area like Mc Donalds, Taco bell, Kentucky fried chicken, etc. Its not hard at all that kids lives in the area.

Cases like this are often easy to solve. It just takes a task force, even a community task force. The kid on the bike probably lives w/in a reasonable distance or he would not be on a bicycle. He's probably ridden that bicycle around a dozen or more times. Looking back through ALL neighborhood video for the past 3 months, you would probably see him on the bike many times and from many angles. I'm in Texas, so I cannot head up a task force in L.A. It just takes time to solve this one. It's not rocket science. A kid w/ a gun on a bicycle riding around obviously willing to kill has got to be stopped. Does he ride the bike to school? Does the school have video? Has he rode his bike to the local taco place? Is there video? Is there video at a liquor store of the kid on a bike pulling in to buy some Fritos or something? Think!

It's important for the community to know that you can be totally anonymous by using Crime Stoppers. Call 1800-222-TIPS (8477), or text "TIPLA" and your tip to 274637, or go online http://lacrimestoppers.org. Help solve these crimes!