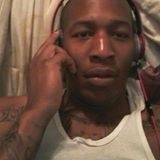 Davis was stabbed about 3 p.m. on Jan. 29 after an altercation with a person at a gas station, said LAPD Det. Chris Barling.

Davis staggered to his home in the 3800 block of Gibraltar Avenue and shouted for help. Another person called an ambulance, and Davis was taken to a hospital.

Davis was pronounced dead at noon Jan. 30, said Ed Winter, a coroner’s spokesman. An autopsy showed that he died of a stab wound to the chest. Detectives are looking for witnesses.

Share a memory or thought about Roshon Dwayne Davis

I ain't forgot you bro glad there putting a reward up hope they find out who did this in the short time I met I saw the greatness in you rest well my friend...

The one thing I've learned is it's best to just walk away from an altercation, argument etc. There's too many nuts out there with mental problems who are looking for a reason to use their gun, knife etc.

I love you son & whoever robbed you of your young & precious life will one day answer to the creator!!!!!& for your 5 beautiful angels daddys gonna be there 4 your family cuz they r my family too!!!!love & missn you,LOVE ALWAYS,dad.

I will always love you Roshond Davis my heart hurt for you but I know some how I must get it back together and move on but I will not rest until yourn killer is cought.

I will always love you. All five of your girls summer, jordyn, aaliyah, mila Davis.